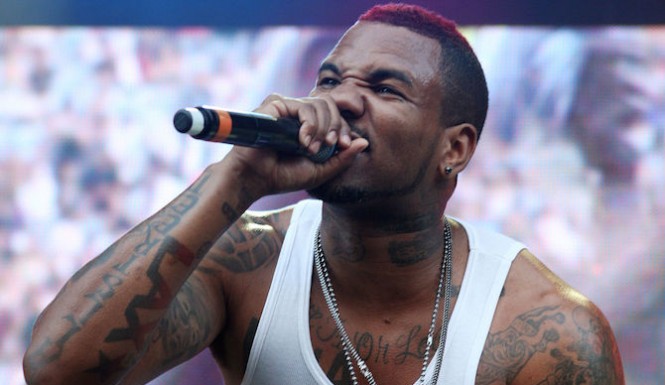 Was This Really A $12 Million Punch? Police Officer Wants The Game To Pay Big For Cheap Shot (VIDEO)

You may remember hearing about this story a few months ago. During a friendly little basketball game, rapper ‘The Game‘ took the game a little too seriously.

In the video below, you can see the rapper deliver a cheap shot to an opposing player during the pick-up basketball game. At the time, The Game claimed he only did it because the dude threatened to unload a gun in his ass before the fight.

Even if this dude did threaten him, we have to imagine The Game regrets the punch. Why? Because his victim, Onyebuchi Awaji, is a police officer. Of course, he was off-duty at the time, but that doesn’t really matter. You never want to punch a cop. They have all the power in the world.

And now Awaji is suing the rapper, and he wants a lot of money. According to the court documents, the cop is asking for $1,000,000 for pain and suffering, another $1,000,000 for emotional distress, and a cool TEN MILLION for punitive damages.

The lawsuit was filed back in April, but The Game hasn’t responded. He’s probably still in shock.