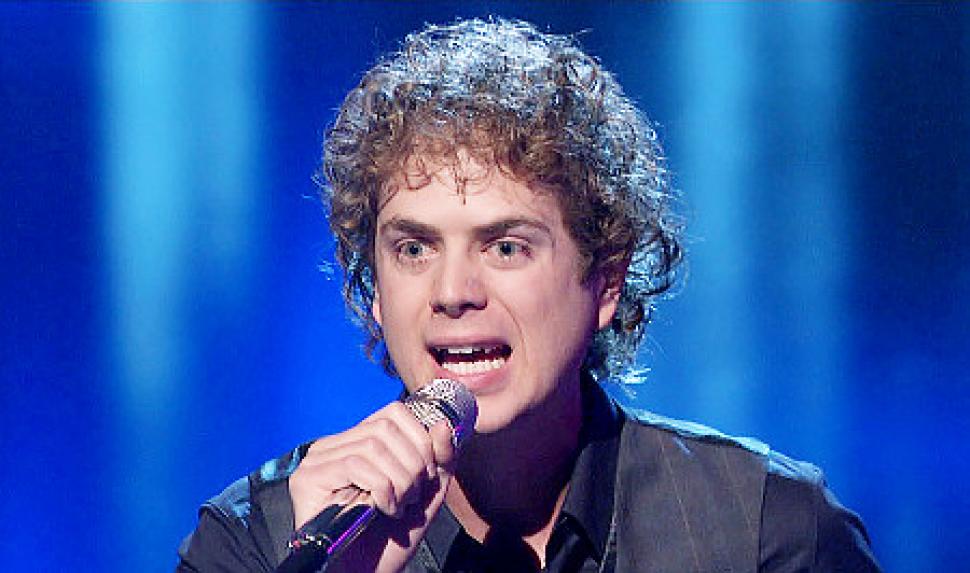 Remember the hilarious high-five incident from the audition rounds in season 8? When Ryan Seacrest tried to high-five a blind guy after he received his ticket to Hollywood? If you don’t remember the special moment, you can check out the video at the bottom of this page. The visually-impaired singer in the video is Scott MacIntyre.

He made it all the way to the top 8 that season. His love for music, and just life in general, made him one of the most lovable contestants in the show’s history. Sadly, life hasn’t exactly been easy for the 30-year-old musician. After being diagnosed with kidney failure in his late teens, Scott had to get a kidney transplant when he was just 22-years-old. His first kidney was donated by his college piano teacher’s wife.

Last October, Scott told his fans that he only had six months until his kidneys would fail again. And now eight months later, we are happy to report that an anonymous donor came through with another kidney for Scott. He had his second successful transplant earlier this month at Vanderbilt Hospital in Nashville.

According to MacIntyre’s surgeon, this anonymous donor heard about his condition on the radio…

The kidney was given by an anonymous living donor, one of several individuals who underwent compatibility testing. This particular person heard about MacIntyre’s kidney failure on the radio and turned out to be a great match.

And as you can imagine, Scott is amazed by the amount of support he is receiving…

I am so grateful to have received the gift of life through organ donation for the second time. I am truly humbled that a stranger would give themselves to me in this way. I want to thank every person who offered to be tested as a potential donor for me.

So what’s next for Scott? Well, he’ll have to take it easy for six more weeks, but then he’s going to focus on promoting his latest album, Lighthouse, and releasing new episodes of his podcast, 2 Blind Men. Check out his official website by clicking here.