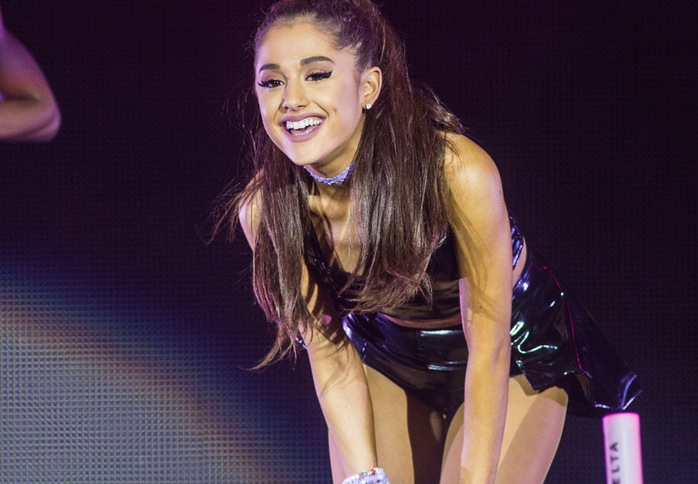 Geez. Who knew licking a donut during a game of truth or dare would turn into all this? And what is ‘all this’ exactly? Well, The Los Angeles Times is reporting that police in Lake Elsinore, California, are now investigating the leaked video we showed you earlier this week. If you haven’t seen the video, you can click here to check it out.

Now before you Grande-Heads freak out, the 22-year-old singer is NOT facing any charges. In fact, she’s not even part of this investigation, and neither is her new boyfriend. The investigation is for the public health officials, who want to see if the shop (Wolfee Donuts) has a history of leaving food out on display. Health laws in California are quite clear about this and require all restaurants to protect all food from contact with the public — celebrities included.

The manager at the shop admits the donuts sold out that night, so it’s possible some customer ate the donut Ariana and her boyfriend licked. And considering Ariana just dropped out of the MLB All-Star Concert due to “emergency oral surgery,” we’re not so sure people would appreciate her tongue being on their donut.

Also, the cashier who helped Grande that night confirmed what we already knew from the video. The pop star was extremely rude and didn’t even purchase any of the donuts she licked. Instead, she asked one of the employees to retrieve fresh donuts from the back of the shop, which is when she and her boyfriend Ricky Alvarez decided to play their sick little game.

But wait, there is more! At one point in the video, Grande can be heard saying, “What the f–k is that? I hate Americans. I hate America.” after seeing a disgusting treat covered with all kinds of sugary goodness. Some people were offended by this comment, but Ariana tried to clear things up in a statement to E! News.

I am EXTREMELY proud to be an American and I’ve always made it clear that I love my country. The fact that the United States has one of the highest child obesity rates in the world frustrates me. We need to do more to educate ourselves and our children about the dangers of overeating and the poison that we put into our bodies.

She shouldn’t have to apologize for that. America is disgusting. Being “proud” to be an American doesn’t mean you’re not allowed to call America out on its mistakes, and overeating is definitely one of those mistakes.