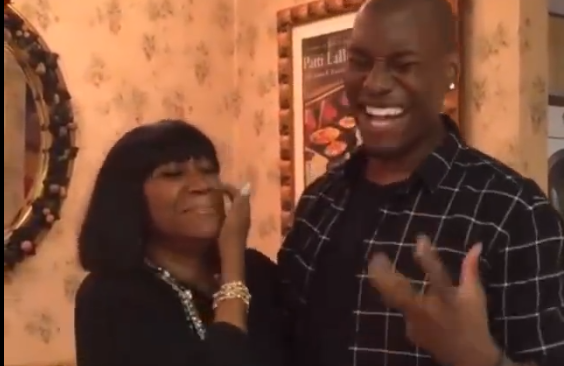 It’s safe to say that Tyrese Gibson has this viral promotion thing down to a science.  He understands his audience and how to expand to new audiences both young and old.  We also saw with Brandy’s failed attempt to duplicate Tyrese’s NYC Subway viral promotion, that grass roots advertising is not for everyone.

Unlike a lot of viral campaigns run by fortune 500 companies, Tyrese can actually directly track his results right to his own pockets via record sales. And so far, those pockets are getting chubby. His new independent album Black Rose which released a week ago on July 10th is expected to sell at least 55,000 copies but can do as much as 70,000.  This could possibly put him into the number 1 spot on The Billboard 200.  In 2001 he hit No. 10 with his classic album “2000 Watts” selling 92,000 in his first week and back in 2011 he hit No. 9 selling 76,000.  To continue to do those numbers as an independent, in this age of digital is truly impressive.  What’s even more impressive is that now all the money goes directly to him.

I have to admit, that’s some inspirational sh–t.

DID SOMEONE MENTION PATTI LABELLE?

To celebrate his success, Tyrese shared a slow dance while listening to a track off his new album with the great Patti Labelle.  This is truly one of my favorite facebook posted video, it’s such a magic moment for RnB and it appears to be happening in Patti Labelle’s kitchen!  Once the mood takes him, he begins to sing and the Patti Labelle joins in for back up.  Crazy.

Tyrese posted the moment with the caption:

Here is the video – (until I get caught for posting it.  Shhhh)

That moment when you get to sing and dance with your mother Patti Labelle at home!!!!! This is a life changing moment…