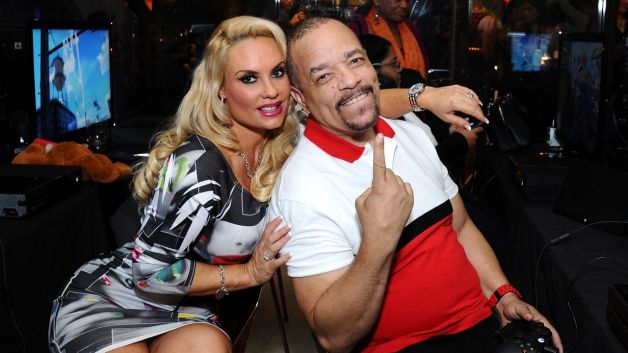 It’s True! Ice T And Coco Are Expecting Their First Child Together, Get The Details Inside! We were beginning to think it would never happen. After all, Ice T is just three years away from turning 60. If he was going to have a kid with his 36-year-old wife Coco, he needed to make something happen soon.

And according to multiple sources, Coco is finally pregnant! As most of you know, Ice T already has two kids from a previous relationship, but after 14 years of marriage with Coco, fans were ready to see the Law & Order: SVU star have a child with her. Details on the pregnancy are still hard to find, but we’re sure more information will be coming soon.

While speaking to E! News a few years ago, Coco said the pressure was too much for her, “There’s a lot of peer pressure for me. It’s not just my family that’s giving it, it’s the world…When the time’s right, I will.”

Guess the time is right now? Maybe she felt like she had enough practice with their two bulldogs, Maximus and Spartacus. Those damn dogs get treated better than I do. Anyway, this is obviously an exciting time for the couple. Not only are they expecting their first child together, but they will also be exploring the talk-show world starting August 3.

They will begin a three-week test run of Ice and Coco on Fox channels. You can check out the teaser below. I could be wrong, but I don’t think this show will survive.