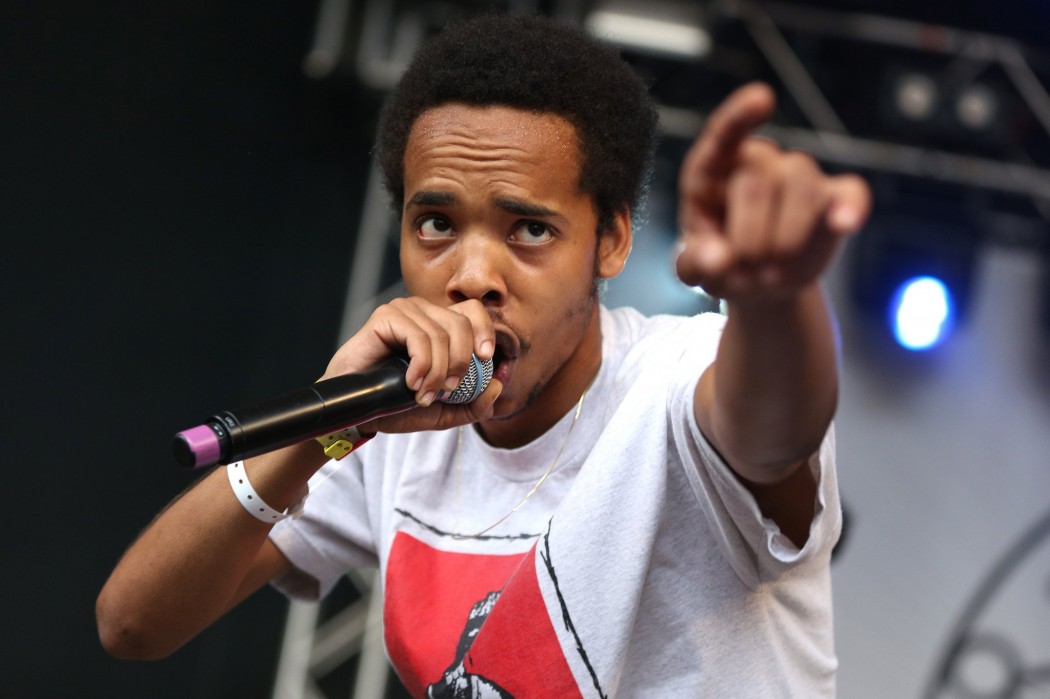 WATCH: Earl Sweatshirt Levels an Australian Fan After He Rushes The Stage, Then Explains on Twitter (Video & Tweets) When someone thinks of throwing punches, one of the last names that come to mind is the incredibly chill Earl Sweatshirt. It looks like it would take a lot to make him angry let alone angry enough to actually take a swing at you.   Well, an Aussie fan decided to put that theory to the test.

Earl was performing in Sydney, Australia on his “Ready to Leave Now” tour when a crazy fan jumped on stage and Earl put him down in under two seconds. Get it…down..under?

From the footage it appears as if the man was actually trying to give Earl a hug from behind. ADVICE: Hugging anyone other than your significant other from behind can lead to severe facial and bodily injury.

That fan is not hugging him. He approached from behind and his arms are around Earl’s face and neck.

Even if the fan was hugging him, grabbing someone from behind is just not cool. I think he got what he deserved.  What do you think? Watch the footage below

This idiot ruined my favorite song. Lucky @soapmanwun got a few punches in and garret from @trash_talk was there to get a kick in. #earlsweatshirt #earl #grief

Shortly after the incident made news, Earl went on twitter to provide his side of the story.  He wants everyone to know that he’s not trying to be a tough guy.

I’m not a tough guy!! I don’t like my personal space breached just like you. just respect niggas out here man not just me respect everybody — EARL (@earlxsweat) July 26, 2015

I still think these guys need to hire real security for these concerts instead of having their friends who used to play football in High School commanding their security detail. When nothing happens then everyone is happy but this could have been a lot worse.  At the end of the day, Earl shouldn’t be throwing his own punches.