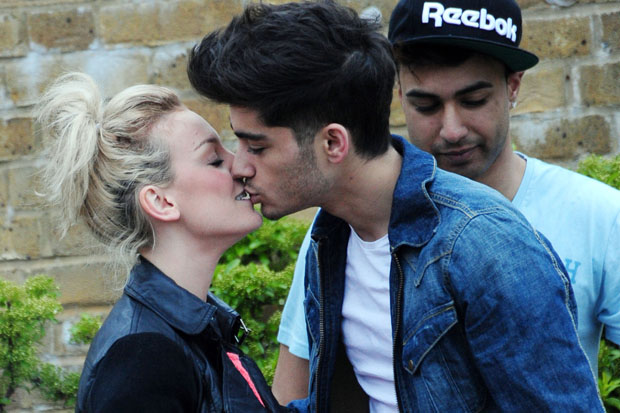 As most of you know, the couple got engaged back in August of 2013. They had been dating for a little over a year before believing they were ready to take the next step. And for several months, their relationship seemed to be working out fine. But then Zayn split from One Direction and the cheating rumors started to follow him around.

And just a few months later, the couple has decided to call off their engagement. Some sources claim Zayn was the one who called it off, even adding that Perrie is “devastated.” However, we’re not so sure that is the case. It honestly seems like they both wanted to get out of the silly engagement.

In fact, Edwards and her bandmates just sat down for an interview with E! News recently. She was asked how she was doing following the split, “I’m good, thank you.” She said with a smile on her face. Sources close to Edwards claim she’s better off without Zayn…

Her friends are rallying around her. She’s doing fine. They split a few weeks ago. Her close friends have told her she’s better off without him. He hasn’t treated her right for a long time.

Honestly, it doesn’t matter who initiated the split. It was going to happen one day. They are simply too young, too beautiful and too famous to settle down right now.