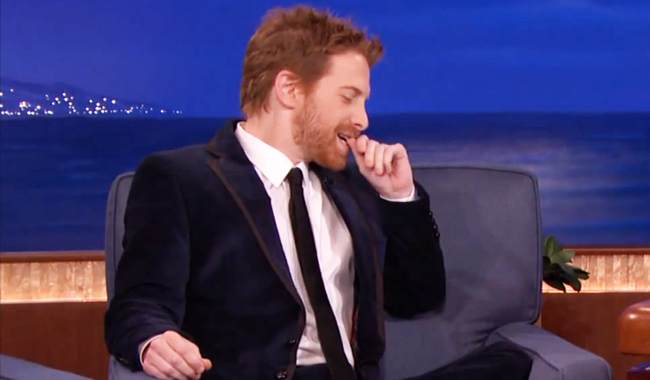 But there are some people who take things to a disgusting level. Not only do they pick their nose, but they also eat the gooey sh-t stuck to their finger. That is something I can’t approve. If you’re that hungry, go grab some saltine crackers or something.

No. 8 – Thanksgiving Boogers Are The Best Boogers

Make sure you watch this whole video. The commentary at the end is hilarious. I think the uploader should have his own cable show, where he just talks about people eating boogers for 30 minutes.

She was even looking at the camera! What the hell was she thinking? Maybe she assumed the anchor was blocking her from the camera? Or maybe she lost a bet or something. It’s almost a little seductive. A sultry nose-picking.

No. 6 – Eye Boogers Are Still Boogers

Okay, so it didn’t come from his nose, which makes it slightly less disgusting. But still, he was really digging around his eye. He might have pulled out more than just a glob of eye gunk.

I have watched this video at least 15 times now, and I still can’t figure out if that is a piece of snot coming out of his nose at the 5-second mark. Slowing it down, I am 95% sure it’s just the sunlight on his shirt, but wouldn’t it be amazing if it wasn’t?

Just because Gerrit Cole was seen eating his booger here, doesn’t mean he’s an official member of the booger eater club. We have to remember, he’s a pitcher, and you can’t be walking to the mound with an illegal substance on your fingers. Of course, he could have just wiped it off on the bench, but then what if one of his teammates sits down on it? They’ll be known as “Booger Butt” for the rest of their life.

WHY DIDN’T SHE JUST WIPE IT? I still can’t get over that. I understand she was in the middle of a report, but I think the viewers at home would have understood if she needed to wipe her nose. There is nothing worse than feeling that warm snot hit your lips. Gross.

It looks like some of the booger might have landed on his beard. Probably saving some for later. Quarterbacks need that extra energy, even if they’re not actually playing in the game.

Now this video is really interesting because it appears Seth actually manages to transfer the booger to his other hand. Of course, Seth claims he was just nervous and playing with his hands.

He actually talked all about it during his next appearance on the show. Check it out below…in…the….BONUS VIDEO! (pretend there was really awesome music playing there)