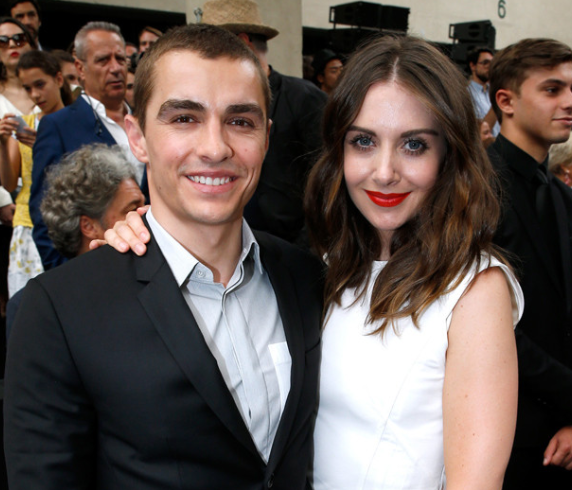 Alison Brie Is Off The Dream Market, Actress Gets Engaged To Dave Franco! Ring Photo Inside! It’s a disappointing Tuesday for all you dudes out there who believed you would meet Alison Brie at a Whole Foods and fall in love next to the four kinds of sweet potatoes. You would talk about the incredible sample of Greek yogurt you had, and she would be like, “OH MY GOD I LOVE GREEK YOGURT!”

And she would celebrate your similarities with a smile, but you’d be like, “We’re not THAT similar. I mean, I don’t have those fantastic boobs.” And she would be all like, “Erm. What? Boobs? They are nothing special.” And you’d be like, “Oh yeah? Let’s just take a look!”

What is this post about again? Oh yeah. Alison Brie and Dave Franco are officially engaged! The 32-year-old actress had been dating the 30-year-old actor since 2012. They did a wonderful job of keeping their relationship private. The paparazzi had a difficult time catching them out in public together.

And even when they attend certain events together, they’ll walk down the red carpet separately. But now they can’t hide their relationship. Brie’s rep has confirmed that the actress is engaged. You can see a photo of the beautiful ring below…

The photo was snapped last night at a screening of her new romantic comedy with Jason Sudeikis, Sleeping With Other People. According to multiple sources, Brie wanted to wait until the premiere to announce the exciting news. Franco allegedly celebrated the engagement with his friends earlier in the day.

He ran into some people he knew and they were congratulating him on his engagement.

Good for them. Hopefully they are that rare Hollywood couple who will actually stick together when things get a little stressful. It sounds like they are doing things the right way. Dating for a few years, staying away from the cameras, etc.