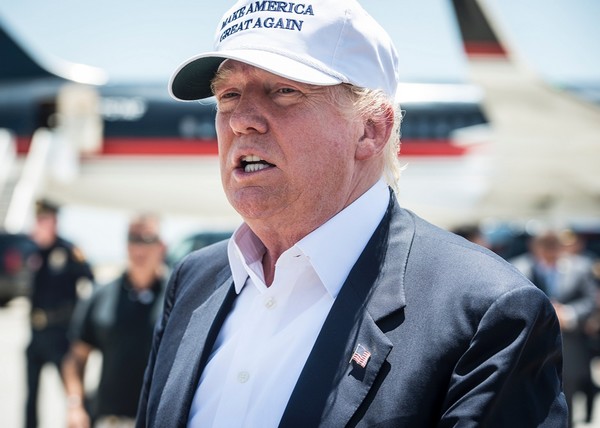 7 Celebrities Who Have Went On Anti-Vaccine Rants

You see them on your local news. You hear about them online, and maybe you’ve even seen a few of them at the grocery store picking up organic bananas. Who are we talking about? Those silly people leading the anti-vaccine movement.

Even some of your favorite celebrities have joined the movement. Most of them believing that vaccines cause autism, even though they have no proof. They might say, “It’s pretty obvious. My child received his vaccines, and three months later he had autism. He was never the same. How do you explain that?”

Well, I had my first cheesecake flavored snow cone three weeks ago, and then two weeks later I developed a sinus infection. How do you explain that? It had to be the frozen treat, right? Jim Carrey has starred in some of my favorite films: The Cable Guy, Eternal Sunshine of the Spotless Mind, and The Truman Show. I support his work as an actor, but I don’t support his views on vaccines. He has been riding the anti-vaccine train for a long time now. And just recently, he got in trouble after going on a rant against vaccinations on Twitter.

He tweeted out photos of autistic children, and those photos were accompanied by text implying their condition was caused by vaccines. One of the pictures he tweeted was of 14-year-old Alex Echols. Alex’s family was NOT happy with Carrey for using Alex as a pawn in his misinformed game. The boy’s mother, Karen Echols, told BuzzFeed that her son’s autism had nothing to do with vaccination. He has a genetic condition that causes growths to develop on the brain.

“Jim Carrey has a huge platform — a huge following — and is misrepresenting my son’s image by attaching it to his anti-vax rant.”

Carrey did issue an apology to the family. “I’ve never argued that vaccines don’t work. I just don’t think you need them. There are so many maladies now that used to be rare and now are much more prevalent—things like allergies, ADD, asthma, migraines, autoimmune disorders, chronic fatigue, colitis, more colds. I’m not saying vaccines cause any of them, but the modern immune system might be less robust than it used to be because it doesn’t get its full workout going through a disease like the measles. I’m glad vaccines exist, just like I’m glad antibiotics exist, but we’ve abused the hell out of them. Bugs that no antibiotic works on anymore? I worry about that a lot more.”

I’m not sure if Maher understands the difference between an antibiotic and a vaccine. Poor Toni Braxton. She is just confused about life in general. In her 2014 memoir Unbreak My Heart, the 47-year-old singer seemed to imply a vaccine caused her son’s autism, “Maybe it’s just a coincidence that after my son’s first MMR vaccine, I began to notice changes in him.” But she’s also wondering if God had something to do with it. She said at one point God might be punishing her because she once had an abortion, but after receiving criticism for her statement, she seemed to change her mind on that.

But still, at one point she believed God was punishing her by giving her an autistic child. How f–ked up is that? In 2014, a very pregnant and insane Kristin Cavallari revealed on Fox Business that she hadn’t vaccinated her toddler, and she was going to “protect” her new baby the same way. Why? Because she’s “read too many books about autism.” And unlike some of the celebs on this list, Kristin didn’t back down when people started calling her out for her crazy and dangerous behavior.

During an interview on Bravo’s Watch What Happens Live, she told the host of the show Andy Cohen the following…

“There are very scary statistics out there regarding what is in vaccines and what they cause — asthma, allergies, ear infections, all kinds of things. We feel like we are making the best decision for our kids.”

You know what’s scarier than those scary statistics? The people who don’t make sure those statistics are accurate before making an important decision. We all know this one. She is the celebrity face of the controversial anti-vaccine movement. Saying multiple times that she believes her son’s autism was the result of toxins contained in the shots he received as a baby. Here recently, she has tried to claim that she’s not anti-vaccines. She’s pro-safe vaccines. Of course, it’s kinda hard to believe that with her long history of anti-vaccine quotes… This one disappointed me. Even Gina from ‘Martin‘ believes a vaccination caused her son’s autism. During an interview with Essence Magazine, the 46-year-old actress had this to say…

“Right after he got the Hepatitis B shot; I noticed a difference the second day of life. There was just something different and I kept telling everyone who walked in the room, ‘Something is up with this baby’ and they kept saying no you’re a new mom.”

She also claims the same thing happened with her nephew, “So when you asked me do I think [vaccinations] can attribute to autism, I think it might have something to do with it.” Donald Trump wants to make America great again by allowing several life-threatening diseases to make a comeback, and then trapping everyone inside with a hideous fence. In 2012, he stated that he “couldn’t care less” if physicians disagree with him. He believes there is a link between vaccines and autism, “I think that when you add all of these vaccinations together and then two months later the baby is so different . . . I’ve known cases.”

As you can see, he’s using the same, “I’VE KNOWN PEOPLE. HOW DO YOU EXPLAIN THIS?” argument. And just in case you think he’s changed his mind since then, here is what he had to say earlier this year to radio host Hugh Hewitt…

“You can’t pump that much fluid into a little baby’s body. And I think it’s having an effect. They get pumped up with this huge pile of liquid, with many, many different vaccines, and their child turns out to be autistic after it.”