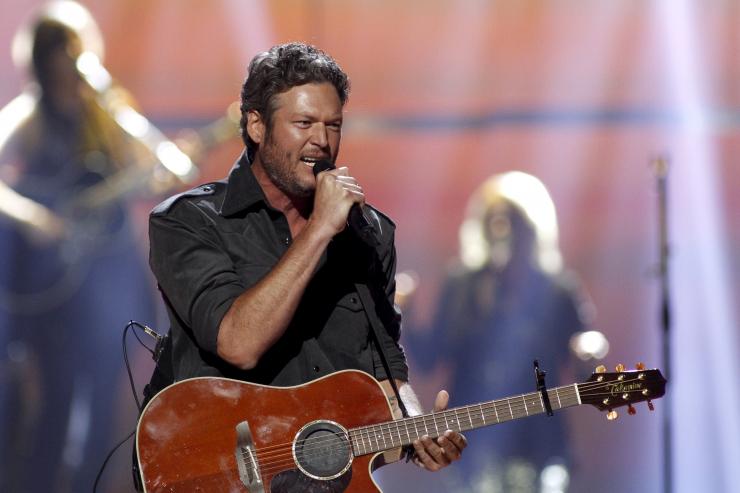 We are not sure how many of you have noticed it, but Blake Shelton has lost a lot of weight since the split heard ’round the world. He showed off his new body at the 2015 iHeart Radio Music Festival.

As you can see from the photos, he’s looking good. Maybe even better than he ever looked while he was with Miranda Lambert. And during an interview backstage with E! News, Shelton revealed how he’s been losing the weight…

I realized this summer that my lawn needed mowing. And I looked in the garage and I have a push mower. You know, I’m not trying to be cocky or nothin’ but I’m out there push mowin’ my stupid lawn like, ‘What am I doin’?

Of course, taking care of his lawn is not the only thing he’s doing. His rep confirms he’s doing the two things he hates the most, “Diet and exercise,” and we know he tried the whole treadmill thing…

Okay, so about this headline. How does his weight loss prove Lambert caused the split? Well, we’re just looking at history. And history tells us that usually the person who gets screwed in a split has the urge to say, “F–k her/him! I’ll show them what they’re missing,” which leads to them going beastmode in the gym….or on the lawn.

You look at Ben Affleck after his split with Jennifer Garner. Almost everyone blames him for the divorce, and he’s reportedly gained a lot of weight from stress eating. Why? Because he probably feels guilty.

But Blake? He doesn’t look guilty. For the first time since his, “Is that a mullet?” days, he actually looks pretty healthy.