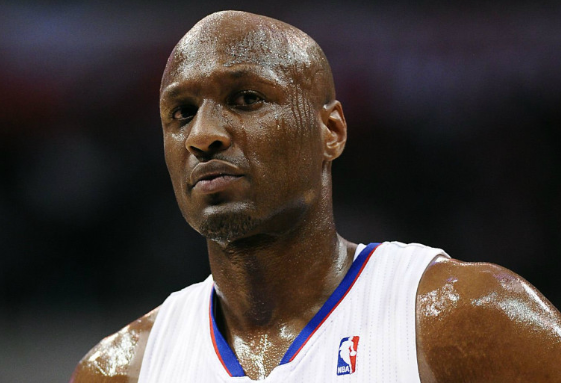 Lamar Odom Has Made A LOT Of Progress, But Doctors Say His Road To A Full Recovery Won’t Be Easy!

When we left things Thursday/Friday of last week, things were not looking good for Lamar Odom. He was still in a coma and he was still not breathing on his own. Doctors were afraid he did serious damage to his brain, but then something magical happened late Friday.

He woke up and started showing clear signs of improvement. Sources say he even spoke to Khloe Kardashian, at one point saying, “Hey baby” and “Good Morning.” He’s also been communicating with people using hand signals, and he’s breathing on his own.

Odom is using a non-rebreather mask that pumps oxygen, but doctors are slowly decreasing the amount he needs. They will soon take him off completely, once his body is strong enough to handle everything on its own.

Another big step for Lamar? He was able to get out of his hospital bed. With a little help, Odom was able to sit down in a chair inside his room. But like we mentioned in the title, his road to recovery will be a long one. He suffered kidney failure, so he’s still on dialysis, and doctors are still concerned about how much damage he did to his brain, so several tests are being requested.

Also, the Kardashian haters have been spreading rumors that they’re actually filming everything for their popular reality show. From what we have heard, that’s just not true. Khloe has refused to film inside the hospital.

In fact, sources inside the hospital say Khloe has been amazing. She’s obviously been extremely supportive of Odom in his recovery, but she’s also been really nice to the hospital staff.

“Many months” of rehab for Odom will be necessary, but let’s hope Khloe will stay by his side until he’s ready to handle life on his own.