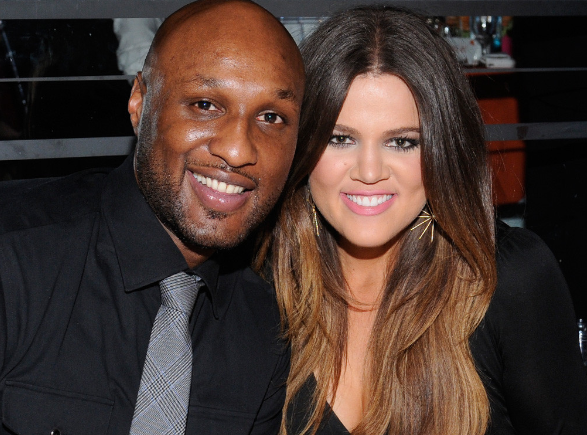 Never Trust A Source: Khloe Kardashian And Lamar Odom Are NOT Getting Back Together! So you might have heard the news yesterday, Khloe Kardashian talked with People Magazine and explained that there is nothing romantic going on between her and Lamar Odom. She even said they have no plans to get back together.

“Too many medical things. It’s not even in our brains thinking about us as a couple or having a relationship right now.” She said in the exclusive interview. The 31-year-old reality star also addressed the media directly…

It’s out in the media that we are back together, but I wish people understood that’s not in our thought process right now.

Khloe also added that divorce is still on the table, but right now the most important thing is getting Lamar healthy again, and it just makes sense for them to stay married right now for a number of reasons. It looks like her decision to call off the divorce was more about making sure Odom’s medical bills were covered.

And if you remember last week, those “sources” were spouting off all kinds of poo-poo. Telling everyone that Khloe was giving Lamar another chance, and that this incident made her realize how much she still loves him. They also claimed she had ended her relationship with James Harden. But now? After Khloe shut that sh-t down? Everything has suddenly changed. Now E! News can “confirm” with a source that Harden and Khloe are still 100% together.

Never trust a source. Does that mean all sources are wrong? No. Some are legit, but it seems like most just go with the flow. Just like last week, people found out Khloe was calling off the divorce, so the sources (or just writers for certain websites pretending to be sources?) went with the flow and decided to make up some quote about how Khloe pushed Harden to the side for Odom.

Sources are like the incredibly attractive spouse of your best friend. Think about them all you want, dream of the life you might have once your best friend dies, entertain those sick thoughts when you go to sleep at night.

BUT DON’T EVER SHARE THEM WITH ANYBODY BECAUSE IT WILL JUST MAKE YOU LOOK LIKE A FREAKING CRAZY PERSON! VISIT OUR SITE, READ WHAT THE SOURCES ARE SAYING, BUT DON’T GO TO WORK TALKING ABOUT IT…BECAUSE YOU WILL BE WRONG 50% OF THE TIME!

No one wants to be the gossip meteorologist of the office.