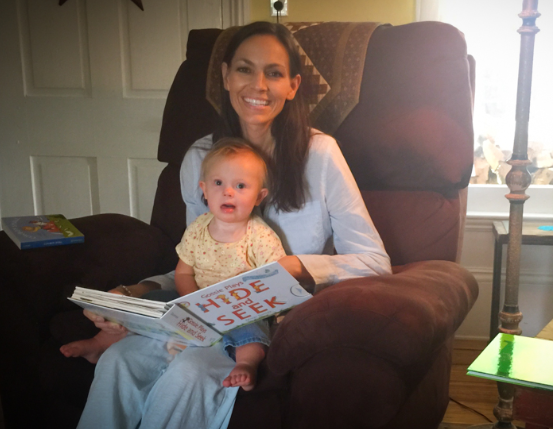 Some incredibly sad news to report today. In a heartbreaking blog update, Rory Feek announced his wife and Joey + Rory bandmate, will be entering home hospice to spend her final days with the couple’s 1-year-old daughter, Indiana.

For those who don’t know, Joey and Rory Feek are a husband and wife team. You might know them by their duo name Joey + Rory. In 2008, they were the third-place finalist on CMT’s Can You Duet competition. And ever since then, their music career took off. The lead single (Cheater, Cheater) from their debut album was a top 40 hit on the Billboard country charts.

Life was good for the couple for a long time, but back in 2014 Joey received some terrible news after giving birth to Indiana. She was diagnosed with cervical cancer, and sadly the cancer spread to her colon earlier this year. And just last month, Rory announced they were putting an end to all the treatments. Nothing was working. Sometimes there just aren’t enough surgeries – or doctors — or chemotherapies — or prayers. And you have to wipe the tears from your cheeks and say the words that you were hoping to never have to say … Enough.

He also revealed that Joey’s been dealing with extreme pain, and the only thing that puts a smile on her face is seeing her daughter.

I spent the night in the hospital with her last night. Today we are planning to bring her home. The last couple of mornings, I’ve brought Indiana up here to spend time with her mama. Both of their eyes light up the moment they see each other. It’s been beautiful.

So that’s the plan now, to keep Joey comfortable at home where she can spend her final days with her family. Rory said the hospital bed was being delivered, and they would set it up to where she can watch her baby girl play right beside her…

We’ll have a play area on the carpet nearby – close enough for her to watch Indy play, and for Indy to turn and make sure her mama can see her. Joey is at peace with where she is and where she’s going. So am I. An answer to prayer.

Our thoughts go out to the Feek family.