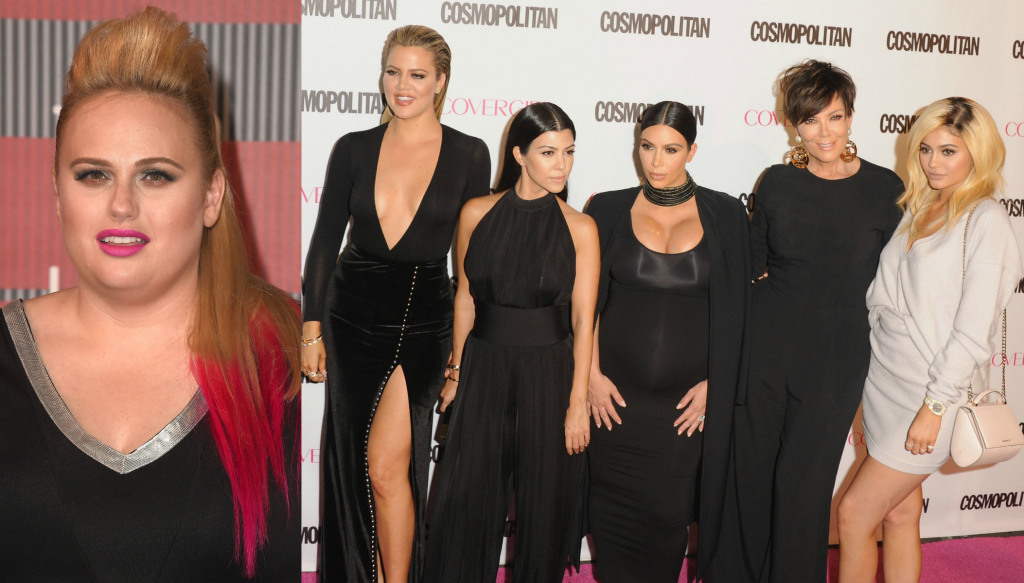 Kardashian Fans Prove To Be Too Much For Rebel Wilson. Wilson Issues a Very Lame Peace Offering. Rebel Wilson is still taking heat from comments she said about the Kardashians a week ago. Personally I think the 35 year old Australian actress underestimated the power of the Kardashians, otherwise she would have thought twice about taking shots at the heirs to the Kardashian social media throne along with the rest of the family,

To quickly recap, she was on a radio show last week and called the Kardashians “talentless”. Rebel blurted,

what they stand for is totally against what I stand for. They seem a bit superficial and their careers aren’t really based on talent.

Monday, Oprah was on the same show and she shockingly had the opposite opinion about the Kardashians. She actually said that they were hard workers. Oprah told the radio show about her experience at the Kardashian house,

I interviewed the Kardashians two years ago and I can’t believe how hard they work,” Oprah said in an interview on the same radio station on Monday. “People don’t understand that, people think, ‘Oh, if a television camera’s just following you, then that’s just easy.

Oprah jumping to the defense of the Kardashians was big news. This put a spotlight on the comments that Rebel made; comments made on an Australian radio station by a somewhat relevant actress that probably would have gone unnoticed.  Once Oprah put the situation on blast, thousands of sites like this, that make a living from taking anything “Kardashan” and running with it, did just that.  We ran.

This might be something Rebel wasn’t used to and do to the backlash she surrendered. Well…sort of.  She took to twitter to say that she was over it and that she even sent flowers to the Kardashians as a peace offering.

I'd be very happy to debate the Kardashians anywhere / anytime / any topic.

Or maybe their publicist can just stop the smear campaign against me because I made one prompted comment about them on Australian radio?

In any event, I'm MORE than over this little thing and wish the K clan well X even sent them flowers ???

That’s not much of an apology and there is even shade thrown in there…I don’t think this will cut it.

This is just like High School right? The overweight nerdy girl who is finally getting some attention doesn’t know how to use it properly. She decides to take her 5 minutes of fame to be self-righteous but at the expense of the popularity she has just gained . The unfortunate thing in Rebel’s case, is that eating alone in the cafeteria in her world is equal to, Kardashian fans getting together on social media and protesting her next movie.  We all know that could easily happen.

Flowers and a few shady tweets won’t get the job done. Hand delivered flowers, a lunch and a selfie to prove that it happened is the minimum it will take to make this go away. Until then we are running an update on this story every day. (Don’t worry, I’m just kidding.  We wouldn’t give Rebel that Much exposure).