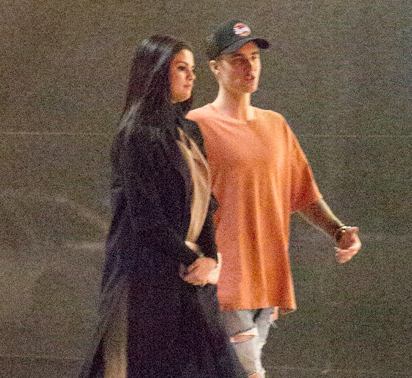 Justin Bieber Has A Wild Weekend: Is He Back With Selena Gomez? Photos And Video Inside! Two years ago, it looked like the best days of Justin Bieber’s career were behind him. Now? It looks like he is just getting started. It seems like everyone loves the new and improved Justin, including his ex-girlfriend Selena Gomez.

As most of you should know, Selena and Justin can’t seem to stay away from each other. They fight, break-up, get back together, and then repeat this same cycle every few months. The latest split seemed the most official, and it appeared Selena was done with the Biebs for good.

However, it looks like there still might be hope for Jelena. On Friday night, Justin and Selena shared a special moment inside a hotel bar. The 21-year-old superstar got on the piano and proceeded to serenade Selena with a little rendition of My Girl. It was reported that they also slow danced together in front of the audience.

@justinbieber singing my girl to @selenagomez….is this real? Pure magic.

In addition to that, we also have this photo of them walking around town together. This doesn’t prove they are back together, but she does have her hand on his shoulder. THAT HAS TO MEAN SOMETHING, RIGHT? JELENA FOREVER <3! Maybe the fact that Bieber almost dedicated an entire freaking album to her was enough to win her back. And if the album wasn’t enough, maybe Justin’s performance of Sorry at the 2015 American Music Awards was.

He closed out the award show with a very wet performance, and no we’re not going to make any inappropriate jokes.

If you missed Bieber’s performance last night, you can check out the video below. We’re putting two videos below because we’re sure they’ll be pulled soon.