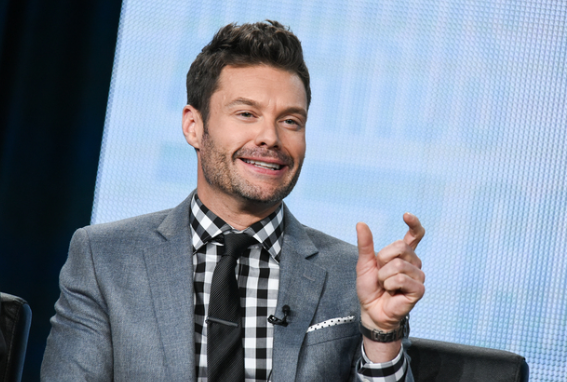 The final season (EVER!!!) of American Idol is just a little over one month away from premiering on Fox. After 14 successful seasons, the show is ready to go out with one final bang. We know the producers of the show are planning some big surprises for the final season, and thanks to host Ryan Seacrest we know about one of those surprises.

During Hollywood Week, E! News talked with Ryan about the final season, and he made it clear that EVERY SINGLE JUDGE will return at some point. This includes Randy Jackson, Mariah Carey, Nicki Minaj, Paula Abdul and even Simon Cowell.

We will have the former judges back. The plan is to have all of them back. They’ve all considered it and I think are enthusiastic about coming back and saluting the show.

Obviously, we don’t know how significant their appearances will be. It could be something as simple as Simon Cowell dropping in on the last show to talk for 30 seconds about all the wonderful memories he had. Or he could stick around for an entire episode and judge come contestants. He might need to practice before joining America’s Got Talent next year. We know Harry Connick Jr. would be willing to share (or even give up) his chair for Mr. Cowell: “He can sit there, hell yeah. I’ll go up and sing for him and let him judge me.” That’s something we’re sure every Idol fan would love to see.

Hopefully the show is able to find a nice balance with this upcoming season. Because yeah, it’s the final season and there will certainly be a lot of flashbacks; however, it’s also still about the contestants. Unlike The Voice, the Idol judges were never the stars of the show, except for that awful season with Carey and Minaj.

Make sure you’re watching when the final season premieres Jan. 6, 2016.