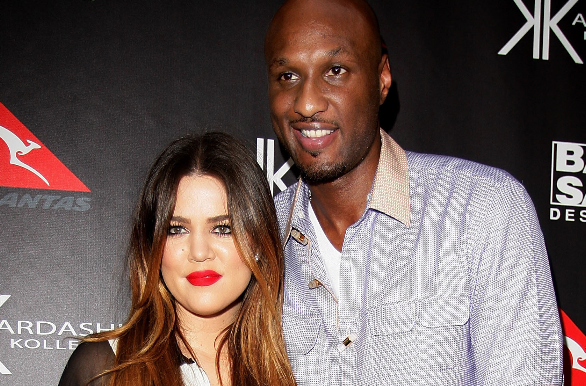 Khloe Kardashian Gets REAL On Twitter, Slams Lamar Odom While Defending Herself Against The Trolls! You know why Khloe Kardashian has always been one of my favorite Kardashians? She keeps it 100% real. In a family full of lies and plastic bodies, Khloe seems to be the most authentic one in the family.

She continued to prove this the other day on her Twitter account. Some silly Twitter trolls started attacking Khloe after she tweeted about James Harden’s basketball game on Wednesday. They told her she needed to pick one man, “You can’t be with harden and still be married fam, gotta chose one.” One user wrote, while another swooped in and dropped this line, “For better or worse sickness and health till death do them part. I’m with you she needs to pick one or the ou.”

Obviously, Khloe wasn’t going to stand for this. I mean, they’re really going to pull out the marriage vows DO THEY NOT REMEMBER WHY KHLOE KICKED LAMAR’S BUTT TO THE CURB? But her words still weren’t enough for those trolls. One user claimed she’s only helping Odom to make herself look good, which is incredibly silly because I (and a lot of other people) thought she was crazy for helping him out so much. Is “get off my d–k” the Hollywood equivalent to “get off my lawn”? If so, that’s something I can get behind. I think it’s pretty clear Khloe won this battle.

Well done, Khloe. Your ‘smack talk’ game is on point.