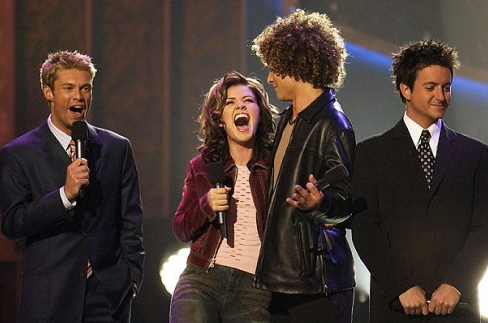 American Idol is evil! They already know people are more emotional around the holidays. Just yesterday I saw a lady cry at Target because she dropped her $10 cup of coffee on the ground. The holiday season is NOT the time to be messing with people’s emotions.

But it looks like Fox and the American Idol crew don’t care about our feelings. They just released the opening sequence of the final season, and it’s filled with so many memories. The heartbreaking music mixed in, kids being inspired by Kelly Clarkson…it’s just all too much to handle.

Jennifer Lopez explains in the video that the show made people believe anything is possible, “American Idol changed people’s lives. Not just the contestants. Not just me. But the people watching it because it made them believe that they could do anything.”

It honestly did. Before Idol, we really didn’t have anything like this in America that was current. We were always told our dreams were possible, but Idol actually showed you those dreams were possible. Of course, it was also (I’m looking at you Simon) a dream crusher for some people; however, I like to believe those people started chasing other dreams in areas they had more talent in.

Check out the video below. You will probably cry. The final season begins Jan. 6 on FOX!