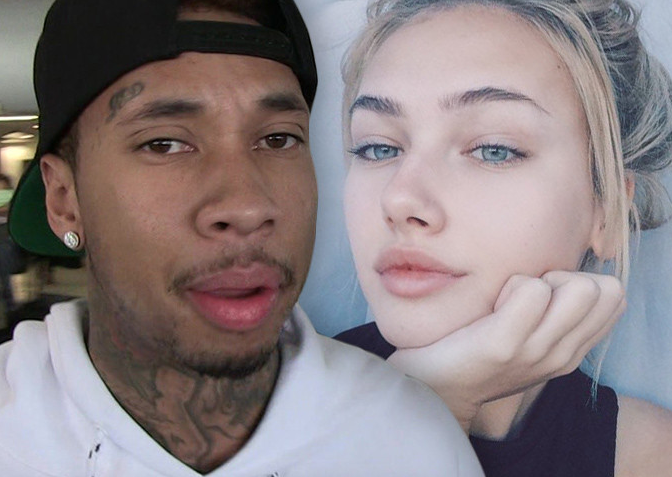 Is Kylie Jenner Too Old For Tyga Now? 14-Year-Old Model Claims The Rapper Texted Her Repeatedly 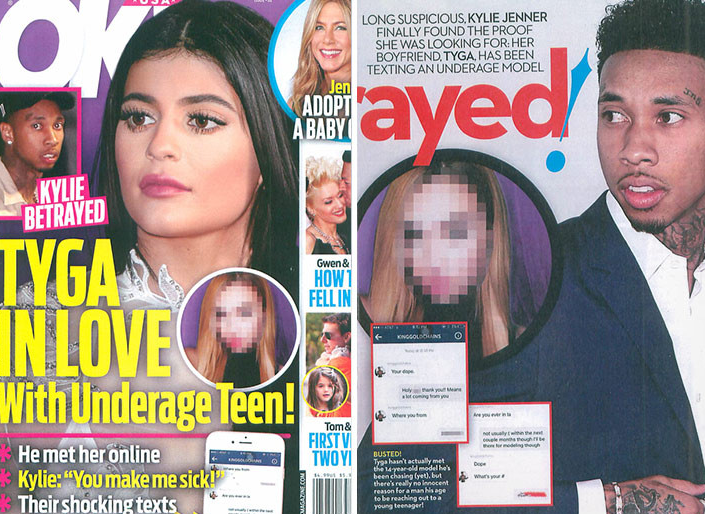 Gloria Allred has found herself another client. A 14-year-old model named Molly O’Malia who claims Tyga made her feel extremely uncomfortable during a barrage of text messages.

The teen model claims she was forced to reveal her identity and hold a news conference to share her side of the story after OK! Magazine ran a story about the incident. The magazine claimed Kylie Jenner busted her man texting a model, and even though the magazine didn’t give out her name, people were able to figure out who it was because of the poorly pixelated image of her face.

Once the story was released, Molly started getting loads of hateful messages from fans of Kylie Jenner. They called her all sorts of nasty things, because they believed she was trying to ruin Kylie’s relationship with the 26-year-old rapper. 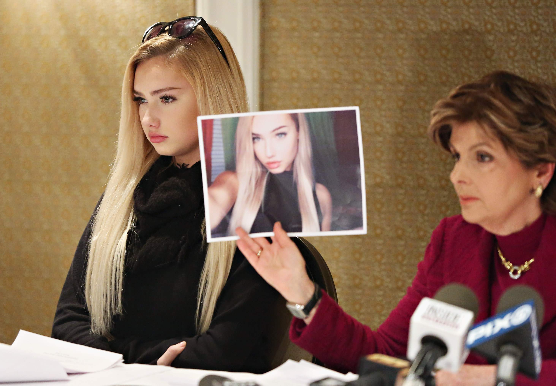 But during her news conference, Molly claims it was Tyga who initiated the conversation. He sent her a message through Instagram, and she responded because she believed it was about her music; however, she started to get uncomfortable when Tyga asked her to FaceTime.

Of course, Tyga’s people are telling the media a completely different story. His manager, Anthony Martini, told TMZ that the conversation was strictly business. The rapper decided to contact Molly when he discovered she had a strong musical following online. He and his team thought she might be a nice addition to a Last Kings Records project.

And get this, his manager shared a few of the original text messages with TMZ, and according to the website, Molly claimed she was 17-years-old. They also say Molly never seemed uncomfortable during the messages, and Tyga only asked her to FaceTime so he could listen to her sing. He was apparently inside the studio with his producers when he requested the session.

It’s always difficult trying to take sides in a situation like this because you never feel like you’re getting the full story from either side. That’s all the information we know though. You can make up your own mind.