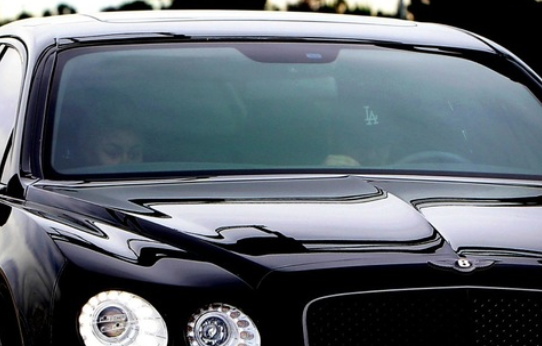 First Photo Of Rob Kardashian And Blac Chyna Together In Public, Sources Say Khloe Kardashian Kicked Rob Out Of Her House! We are really trying not to write about the Kardashian family every single day, but it just seems like there is always so much drama surrounding them. And right now, this drama with Rob Kardashian is just too juicy not to report. If you haven’t heard the full story yet, you can click here and here to get filled in.

Yesterday, Rob and Blac Chyna were seen out in public for the first time together as a couple. If you’ve been following this story, then you know none of the photos or videos they posted on their social media pages have actually showed both their faces in the same shot.

That has all changed now. As you can see from the photos, Rob is clearly behind the wheel of the vehicle, and that’s Blac sitting next to him in the passenger seat. They were apparently driving around Chyna’s neighborhood, which is interesting because it seems to confirm the reports claiming Rob is actually living with Chyna now. But their relationship is still fresh, so why are they rushing things by moving in together? Well, it might be out of necessity. Sources close with the Kardashian family are now saying Khloe Kardashian kicked Rob out of her house after she came back from a long trip to find Rob drinking alcohol with Chyna. Khloe was extremely upset, and she reportedly asked Chyna, “What the f–k are you doing in my house?!”

And after some yelling back and forth, Khloe told them to get the hell out of her home. According to TMZ, Khloe doesn’t regret her decision. She was “exercising” tough love on her brother, because she feels (along with the rest of her family) that Chyna is taking advantage of Rob. They do NOT trust her, and it looks like Rob is going to be forced to make a tough decision soon.

Does he want the booty? Or does he want his family? Because he can’t have both!