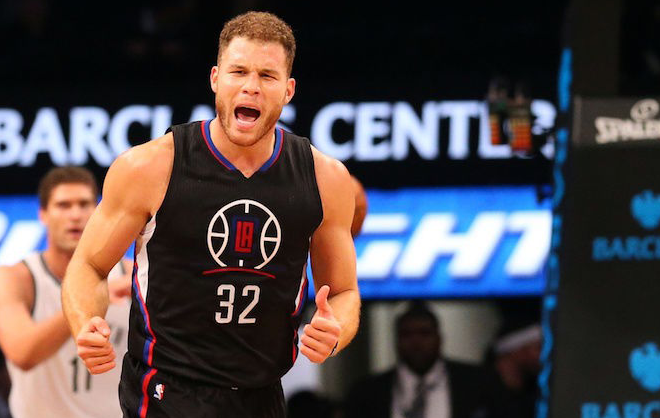 NBA star Blake Griffin has not had a great 2015-16 season with the Clippers. The day after Christmas, he was ruled out indefinitely with a partially torn left quadriceps. He was expected to return exactly one month later (Jan. 26) but that never happened because he got into a brutal fight with the team equipment manager on the 23rd.

The details surrounding the fight still aren’t exactly clear, but we do know he was good friends with this particular member of the staff. They were allegedly arguing inside a restaurant in Toronto when things started to get nasty.

Punches were thrown and it’s clear Griffin landed at least one solid blow. How do we know this? Well, because he’s going to be out another 4-6 weeks with a broken hand. He had to get surgery on the hand last week, and now we’re seeing the first photos of what it looks like after surgery.

As you can see, it’s swollen and scarred. He certainly can’t play basketball right now. Ouch. Is the equipment manager still alive? I’m pretty sure I’d be dead if Blake punched me with his monster fists.

According to Wiki, he’s 6-foot-10 and 250 pounds! I wouldn’t even attempt to fight this dude. He could take my girl, my keys and the socks off my feet. I’ll be like T.I. singing, “You can have whatever you like.”

Anyway, it’s likely Griffin will be punished by the NBA once he returns from his injury. Matt Barnes was suspended two games for punching Derek Fisher, so we have to imagine Griffin will be suspended for at least 2-3 games.

We’ll keep you posted. In the meantime, don’t make Mr. Griffin angry. He still has one good hand to use.