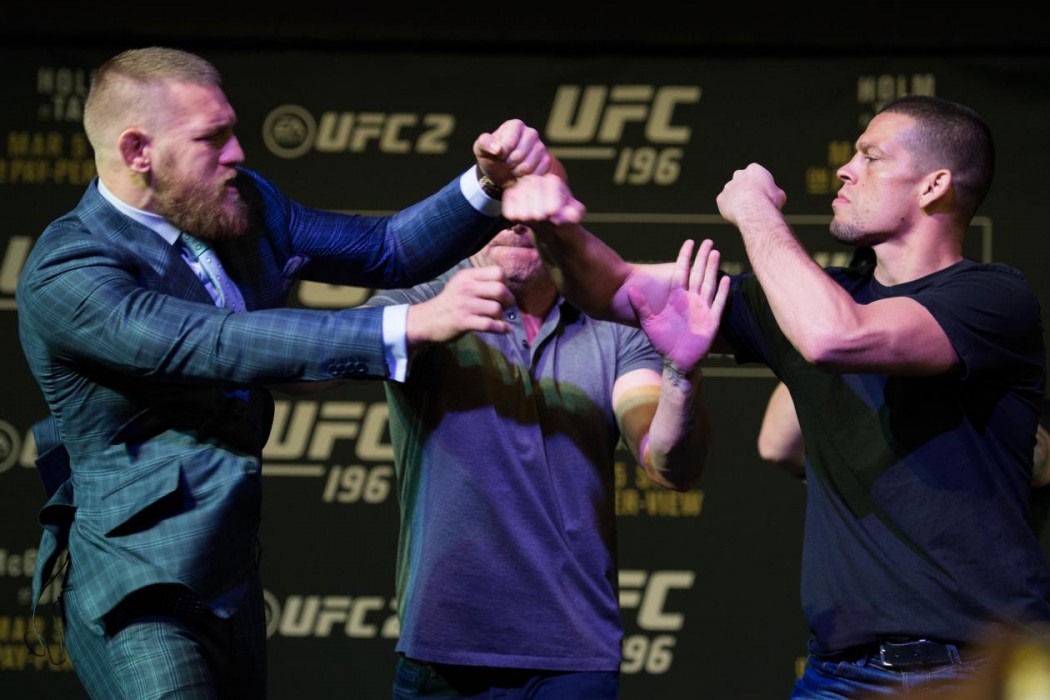 I have to admit, I wasn’t the biggest McGregor fan going into Saturday night.  I sort of liked him, but didn’t love him.  I was on the fence.  The flashy style and big mouth is somewhat polarizing and I wasn’t sure where I stood.  Typically winning more gets you more fans, but this time it’s a little different.  McGregor lost big on Saturday night.  Many say he was humbled in defeat.  I think he was always humble but he also knows how to put on a show.  When the show is over, the true champion emerged, even in defeat.  This is what we all witnessed on Saturday.

UFC 196 was a night to remember.  It all went down at the MGM Grand Garden Arena.  With just 48 seconds left in a brutal second round Nate Diaz choked Conor McGregor out.  McGregor admitted that he went into panic mode.  Part of the panic mode could be attributed to the fact that McGegor was fighting at 170 lbs.  This is 25 lbs heavier, two weight classes higher than his normal fighting weight.  His original plan was to hold two titles in two different weight classes but his opponent Rafael dos Anjos dropped out after he broke his foot.  With just 11 days notice, Diaz stepped in and got the job done for Anjos.  Nearly the entire fight was going McGregor’s way until the last part of the 2nd round.  The heavier Diaz, although bloodied, just kept walking into McGregor’s blows. As Mcgregor stated, he panicked,

He kept his composure. He went into almost autopilot mode with the shots. His face was busted up. And I went into panic mode. It was just a shift of energy and he capitalized on it.

I can honestly say that I have never lost any type of event like this but I can imagine getting a microphone thrown in your still swollen, bloody, bruised face is not something that you would welcome.  However, McGregor handled it like a champ.  I’ve seen three interviews where each interviewer asks him the same sort of questions and without any frustration or hesitation he answers them all like a champ.  He doesn’t make any excuses, gives credit where credit is due and he is all but ready to get back into the gym.

Here is just one of the interviews