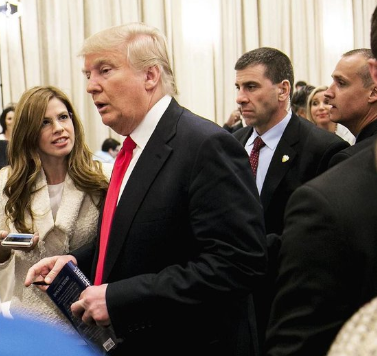 Breitbart reporter Michelle Fields has resigned from the conservative news site over its response to her alleged assault by Donald Trump’s campaign manager. Fields reported that campaign manager Corey Lewandowski grabbed her arm so hard, he left bruises, while she was attempting to get an interview with Trump at an event. Trump’s camp fought back, calling Fields ‘delusional’ and suggesting she made up the entire incident.

The only problem was, there was video of it online, and a witness from the Washington Post. The conservative newspaper Fields works for initially backed Fields, then later published some evidence that called her claim into question. Fields filed a police report and shared photos of the bruises online. She resigned on Sunday;

I do not believe Breitbart News has adequately stood by me during the events of the past week and because of that I believe it is now best for us to part ways.

Her colleague Ben Shapiro also resigned from Breitbart, saying the site should be “ashamed” of “their treatment” of Fields, whose allegations of assault came amid escalating violence in and around Trump campaign events.