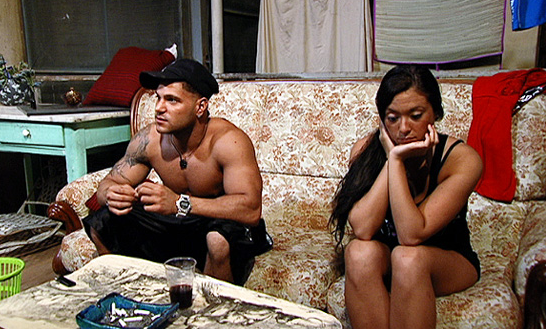 Stawp It, Rahn! Jersey Shore’s Sammi Is Reportedly Dating Ronnie Again, Get All The Juicy Details Inside!

It’s the love that will never die. Sammi “Sweetheart” Giancola and Ronnie Ortiz-Magro, former members of the educational reality show Jersey Shore, are apparently back together again.

No couple in history has been on and then violently off again more than Sammi and Ronnie. For those of you who were addicted to Jersey Shore like I was, you’ll remember the two stars fighting and then getting back together in almost every single episode.

A lot of their fights were sponsored by alcohol and jealous bitches at the club, so we all thought (or at least I did) that their relationship would improve once the show was over. But surprisingly, their relationship ended back in 2014, and for a year or two, they managed to stay away from each other. It looked like the end of Sonnie.

Ronnie even told Us Weekly…

She’s still a great person. I love her as a person and I care about her but we went our separate ways. That’s it. … At the end of the day, we went through a lot of stuff together. We have a lot of history so I keep her close.

But now we are hearing they might be back together, and it might truly be serious this time. Sources say they are officially dating again, and they are telling their friends that “they have never loved anyone else since they broke up.”

Sammi celebrated her 29th birthday this past weekend at a club in New York City, and do you see who is sitting right next to her? 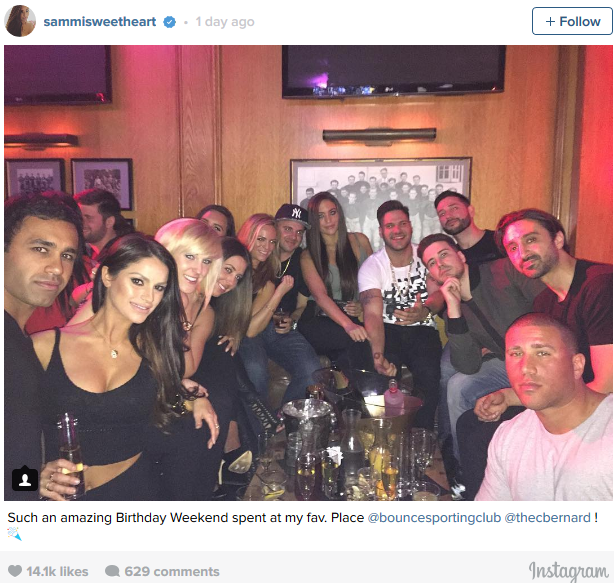 Cool stuff, right? I’m honestly a fan of the couple, so maybe now that they’re both older, they can figure out a way to make things work this time.