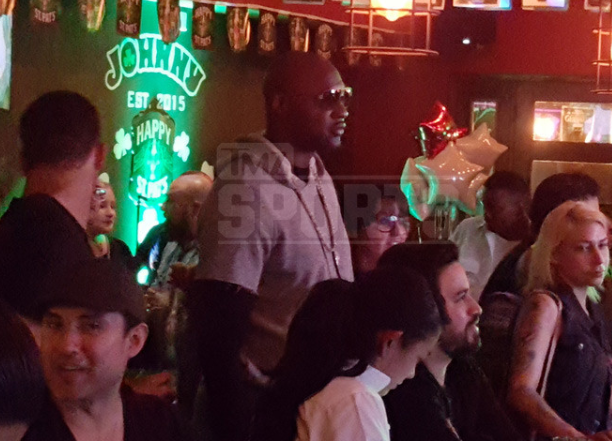 Oh, No! Lamar Odom Was Seen Drinking At A Bar Just Hours Before Attending Easter Church Services With Khloe (PHOTOS) As you all should know, the recovery process for Lamar Odom doesn’t just involve getting his physical health back to 100%. Even more important, he needs to get his mental health to 100%. He’s an addict, and he almost died last year after he overdosed on sexual enhancement pills and cocaine.

That sounds like a bad joke, but it’s the truth. The dude was a mess. However, in the months after the incident, he had appeared to be getting back on track, thanks to Khloe Kardashian.

She has been taking care of him. Heck, she has put her life on hold to take care of him. And he certainly needed the help considering he suffered organ damage and multiple strokes while recovering in the hospital. You would think after he put his body through so much pain, he would be avoiding anything that might damage it even more. But according to a recent report from TMZ, Odom was out drinking at an Irish bar until one in the morning Easter Sunday. You can clearly see him in the photos, and if you click here, you can see that he was wearing the same outfit he wore to church just hours later with Khloe. He probably didn’t even go to sleep. That’s why he needed a Starbucks energy boost.

Strange stuff. Khloe needs to hire a security team to follow his butt around.