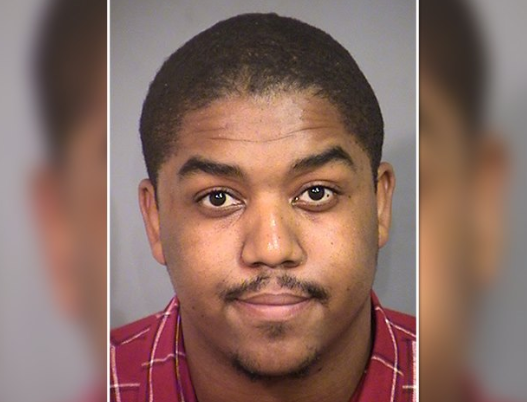 Remember Chris Massey From Zoey 101? He Was Just Arrested On Domestic Violence Charges Geez. What is going on with these former child stars? First you have That’s So Raven’s Orlando Brown acting all kinds of crazy and allegedly assaulting his girlfriend in the process, and now we have Zoey 101’s Chris Massey facing domestic violence charges.

The now 26-year-old actor starred as Michael Barret in the hit Nickelodeon show. You also might recognize him as the older brother of Kyle Massey, who starred in That’s So Raven with Orlando Brown.

So what happened with Chris? According to the reports, he got into a huge argument with his girlfriend at a hotel in Las Vegas early Sunday morning. During the argument, Chris put his hands on her and allegedly shoved her pretty hard.

Security at the hotel stepped in and called police. Chris was arrested for misdemeanor domestic violence. He was released on bail a short time later.

It’s not exactly clear what they were arguing about, but just one week ago, they seemed to be walking on clouds together. Both Chris and his girlfriend posted the photo you see below to their Instagram accounts.

He captioned the photo: “I love you. No matter what I always got your back.” But on Sunday night, his girlfriend wrote, “f–king Vegas man,” and then asked the important question, “Have you ever been wide awake blacked out?”

Looks like alcohol might have been involved. Couples need to stay away from Vegas. Ain’t nothing but trouble waiting for you there. You go to Vegas with your bros or your girls. You go to Ikea with your partner.