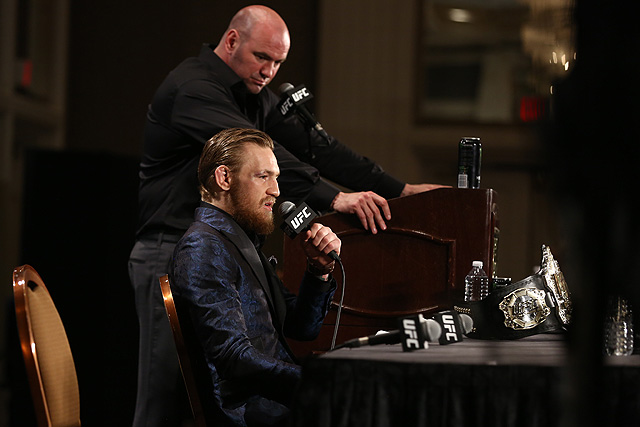 Conor McGregor Pulled From UFC 200 and Then Retires. Dana White Explains Everything In Impromptu Interview (VIDEO) I have always respected Dana White for being one of the most underrated business minds of our generation and this entire situation with McGregor shows you exactly why.  White is willing to sacrifice the short term financial gain to set the precedence needed for long term money.

That was the first story that hit the internet.  Tuesday at about 2:00 PM Eastern Time, McGregor sends out a tweet basically telling his 1.52 million fans that he was retiring.  I assumed right away that he must have broken something and that there was no need to do a story unless we found out what was broken and why it was career ending.  The tweet was cocky and flamboyant but this is why we love McGregor and that alone was not news.

Here is what he posted

He was scheduled to fight Nate Diaz in a highly anticipated rematch at UFC 200.  He had just posted two days earlier a tweet showing that he was in Iceland training. This would end up being the problem.  He should have been in Vegas.

McGregor’s announcement quickly spread and fans were wondering what the hell was going on, particularly those fans that had tickets to UFC 200.  UFC President, Dana white had to jump on ESPN SportsCenter and clear things up.  White explained that basically, due to McGregor’s unwillingness to promote UFC 200 he had to be pulled,

Conor didn’t want to come to Las Vegas and be part of any promotional training.  He’s in Iceland training.  He felt leaving right now would hurt his training. But every other fighter on the card is coming.  It doesn’t make you exempt. We spend a lot of money on this stuff.

He also let everyone know it wasn’t personal,

I respect Conor as a fighter and I like him as a person. But you can’t decide not to show up to these things. You have to do it.

SO IS HE REALLY RETIRING?

Is Conor McGregor retiring? Only he can answer that question. I don’t know. But he will not be a part of UFC 200.

Yes, however Diaz will now have a new opponent.  Diaz also quick to send out a tweet himself

Listen to Dana White deliver the news, calm and concise.  He sounds like a man taking care of his business.