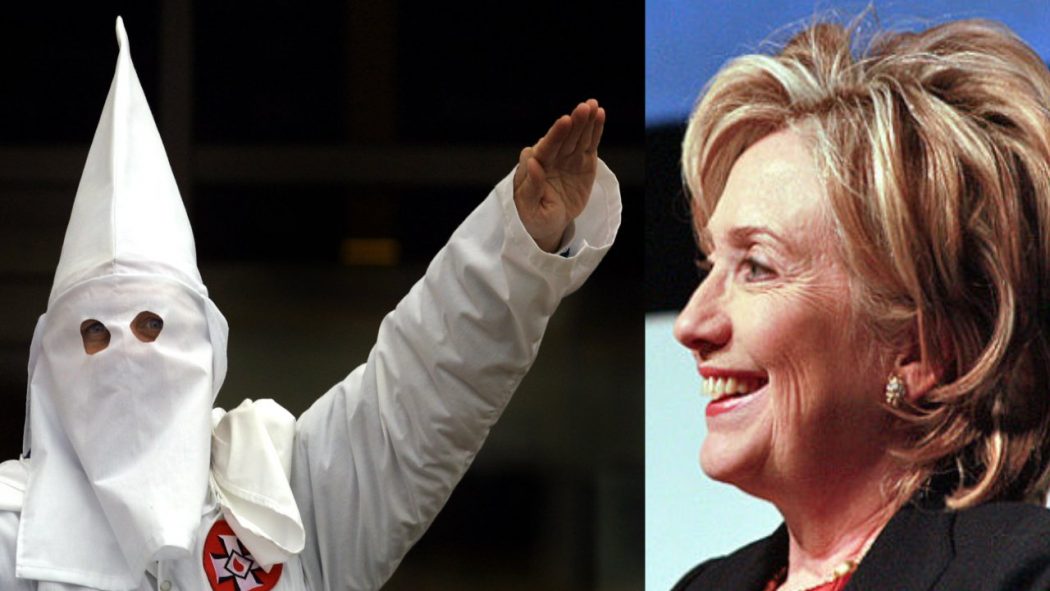 According to a prominent member of the KKK, the hate group has raised thousands of dollars for the Hillary Clinton presidential campaign and has publicly endorsed her as the candidate of choice.

Will Quigg, a Grand Dragon in a California branch of the KKK, discussed the endorsement in an interview with Vocativ. Specifically, Quigg reported;

One thing is true, back in 2010, Clinton called Senator Byrd a friend and mentor, and Senator Byrd was an organizer for the KKK back in the 1940s, but has publicly denounced the group since then, stating his involvement was wrong.

Clinton’s campaign has vigorously denied both receiving funding from the KKK, or accepting the groups endorsement, for obvious reasons.