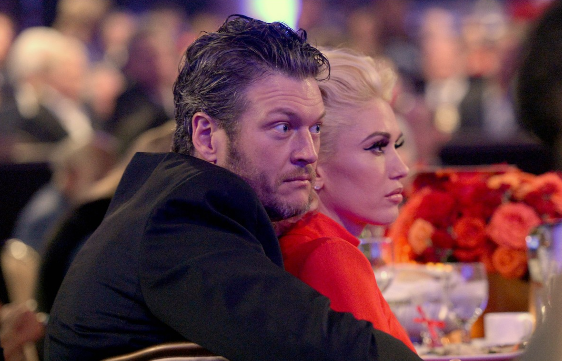 Get Ready, Folks! Gwen Stefani And Blake Shelton Will Perform Their Duet Together For The First Time On ‘The Voice’ As an American Idol lover and supporter, I try to stay away from news involving The Voice. Does that make me a bad person? Probably, but you all should know I’m a terrible person by now.

Anyway, I am letting my bias go for just one day to let you know The Voice will have an episode worth watching next week. The adorable Gwen Stefani and Blake Shelton will be taking the stage to perform their unreleased duet off Shelton’s new album.

Let’s be clear here, I’m not actually telling you to watch the entire episode. Just record the thing and fast forward until you get to their performance. It should be an adorable moment, and I must admit it’s a smart move for the network. It’ll probably be one of the highest rated episodes of the season.

Stefani briefly talked about the song with E! News recently, and she revealed how thrilled she was to be creating music with Shelton…

I am excited because I never in my wildest dreams thought I would write a song with that guy. He’s so talented. He’s an amazing writer. Every time I collaborate with anyone I feel like it’s the best thing I’ve ever done. Whenever I collaborate, it lifts me.

Sources say the song is a ballad about telling a potential lover to leave a relationship if that’s what he (or she) really wants. That certainly fits the situation they were in, and it will obviously connect with millions of people around the world.

It should be a good time. BUT REMEMBER, DON’T WATCH THE WHOLE EPISODE! I’M SERIOUS!