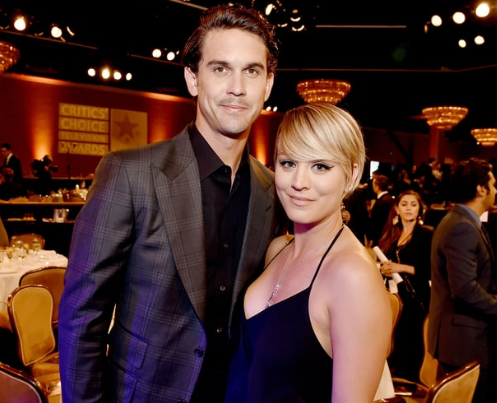 Kaley Cuoco Finalizes Divorce From Ryan Sweeting, Find Out How Much She’s Having To Pay Him! You all should know that Kaley Cuoco has a ridiculous amount of money, thanks to the insane contract she signed for the hit CBS sitcom, The Big Bang Theory. A few years ago, she signed a $72 million contract, reportedly earning $1 million per episode.

And that’s just the money she’s receiving from the show. She’s probably also cashing checks from commercials, movies and we bet she is still getting some change from 8 Simple Rules. So yeah, she is set for life, and then another 10 lives after that.

Typically, when a filthy rich person gets divorced, they end up having to pay their former partner lots of money, but Cuoco has managed to avoid the painful process. She was smart and protected all her earnings from the Big Bang Theory in the prenuptial agreement. This means Ryan Sweeting can’t touch or request any of that money.

In total, Sweeting is walking away from the divorce with just $165,000. In addition to the $165k, Cuoco has agreed to pay the $195,000 bill for his two personal trainers and up to $55,000 in attorney fees. Oh, and Sweeting gets to keep whatever cash and “gift certificates” he may have. Seriously, they said gift certificates, as if he’s being forced to use the $20 Applebee’s gift card his grandmother stuck inside a fresh pair of socks back on Christmas 2010.

More bad news for Sweeting? Kaley gets their home in Tarzana and their beach house. She clearly had some people looking out for her before she said “I do.”

By the way, the 30-year-old actress is now dating pro equestrian Karl Cook. Earlier this month, the paparazzi caught them making out while pumping gas, which looks a lot better than it sounds…