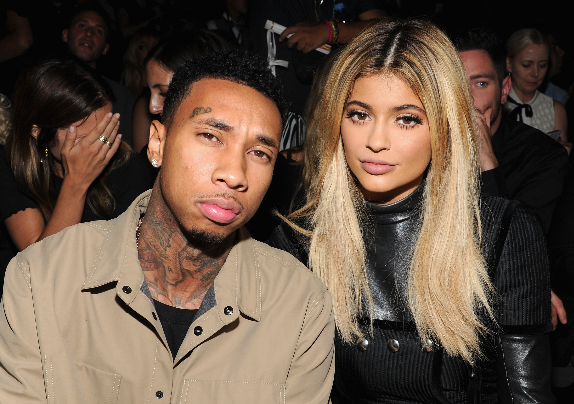 Tyga And Kylie Jenner Have Split, And Sources Claim They Are “Never Ever Getting Back Together” It looks like Kylie Jenner and Tyga’s nearly two-year relationship is experiencing a Taylor Swift-like ending. The former couple has reportedly split for good. This news coming from “close” sources who talked with TMZ.

Kylie and Tyga have split before, but this time sources say they are never ever getting back together. Fans knew something was wrong when both stars attended the Met Ball, but walked down the red carpet alone. That was apparently Kylie’s decision.

Sources claim the 18-year-old reality star was tired of feeling like Tyga was taking advantage of her fame. She didn’t like the fact that he went to the Met Ball while they were going through a difficult time because he would have never been invited without her. Since the split, Tyga has already been spotted chillin’ with a model. He took the mystery lady out to eat with his mother on Mother’s Day this past weekend. Sources won’t say if this model is a love interest, but how many rappers are “just friends” with models?

That would be like an overweight person baking a cake “just to look at it.”

If you’re a fan of tracking social media to confirm reports made by sources, it looks like their Instagram accounts confirm a split. The last time Tyga was pictured on Kylie’s Instagram account was last month during the Coachella music festival. Meanwhile, Tyga hasn’t posted anything about Kylie in five weeks.

This news isn’t exactly surprising. After all, Kylie is just 18-years-old. She still has some fishing to do.