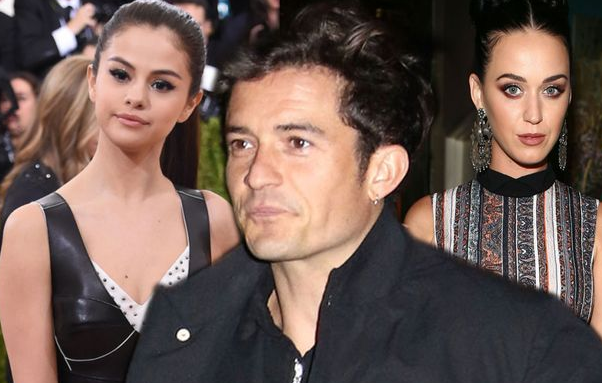 When we talk about relationship drama involving Selena Gomez, it usually has something to do with Justin Bieber, but this time the shoeless wonder is not in the picture. This drama involves Gomez, Orlando Bloom and Katy Perry.

You see, Perry and Bloom have allegedly been dating since January of this year. They connected at a Golden Globes afterparty and have been seeing each other ever since. They both had a lot in common, at least in the failed marriage department. Bloom was married to Miranda Kerr and Perry was married to Russell Brand for a little over a year.

Things between Bloom and Perry had been going well, but then Selena slipped in the picture. The 39-year-old actor was seen getting “cozy” with the 23-year-old actress/singer at a nightclub in Las Vegas this past weekend. Sources say they left the club together in the same SUV.

Perry ignored the rumors for most of the week, but she finally went on her Twitter account yesterday to stand by her man. She posted the message you see below, linking to this Time magazine article about Bloom’s charity work.

And Selena responded by retweeting this message and adding the “praise emoji,” so it looks like any beef between them has been consumed.

It’s certainly interesting, because the photos TMZ posted from this past weekend seem pretty damaging. I mean, it looks like Selena and Orlando were all over each other… But hey, the sources were right for once. If you followed this story earlier this week, then you’ll know the sources denied the cheating rumors from the start. They claimed Gomez and Bloom have always had a “friendly” relationship, but it’s never been a romantic one.

Nothing happened with Selena and Orlando this past weekend. Orlando is with Katy and they are very happy and in love. Selena is all about her tour now, not really focusing on men.

There you have it, folks. Nothing to see here.