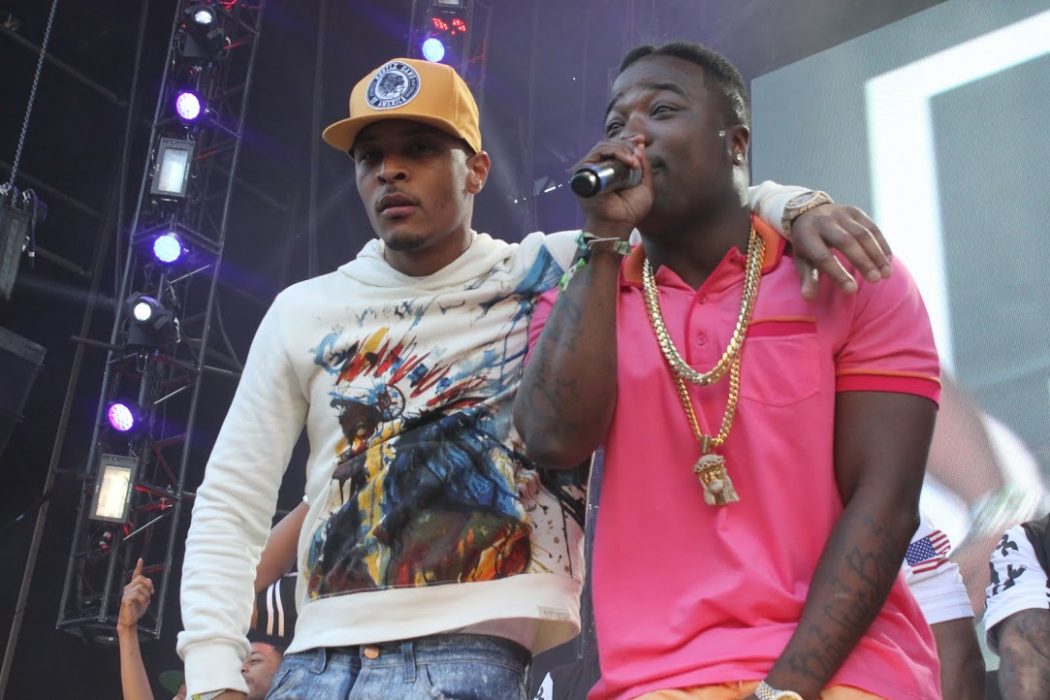 NYPD Arrests Rapper Troy Ave After This Shocking Video Is Released From the T.I. Concert (Video)

I always say “Shocking” when I refer to videos such as the one you are going to see below in my posts.  It never fails, that someone will go on Facebook and accuse me of click-baiting or debate me that the video is not shocking.

Before you hit play, let me tell you something, “This is shocking”. This isn’t a TV show or a movie.  Troy Ave is literally walking through a crowd of people casually shooting a gun.  I’m not sure if you have ever shot a gun before, but it’s loud.  It’s violent. And it’s dangerous.

If you have shot a gun before, you were most likely prepared to shoot it. You might have had Earmuffs on and there is no doubt everyone in the immediate area was expecting not only the shot, but were probably watching the intended target.

Now imagine you are running for your life and you hear shots and have no idea where they are coming from.

That is shocking.  That is what you see in the video.  And remember, this is the V.I.P. section.  Watch.

That was one of a few videos taken from that night.

LET’S BE CLEAR; THERE IS NO BEEF BETWEEN MAINO AND TROY AVE

Police speculated that Troy Ave was firing at Maino.  Maino quickly shut that down with an Instagram post where the two are pictured together and those rumors are squashed!! First and foremost my deepest condolences to the family & friends of Ronald Mcphatter who was tragically killed last night. Despite having to cope with more senseless violence.

I woke up to the usual FALSE and ridiculous lies being circulated by irresponsible members of the media. What transpired was absolutely NOT the result of MYSELF or ANYBODY IN MY CAMP , ENTOURAGE, TRAVELING PARTY or ORGANIZATION IN ANY WAY SHAPE OR FORM.

We entered the venue respectfully as always and exited in shocked like all other concertgoers.

For the last 5 years Troy Ave, his team and I have had a great working relationship. Not only have we performed and done several songs together but we’ve had many personal conversations about life our goals and efforts as musicians.

Despite media reports to the contrary, there are No “ongoing beefs” or “entourage issues.” It always has been and always will be good relations between myself AND MY TEAM and @TroyAve @Hovain@YoungLitoBsB and the BSB crew.

Our deepest sympathies again to family of Ronald McPhatter and a speedy recovery to Troy Ave. The movement will not be stopped. #BROOKLYNUNITED#HEARDYOU

The media has to conduct what I call responsible reporting when matters like this do occur.  Do not make up beef between rappers and burrows to sell more news.  The facts are interesting enough.

As Maino mentioned in his Instagram post and as we reported yesterday Ronald McPhatter, who was Troy Ave’s bodyguard was killed….(Read More)