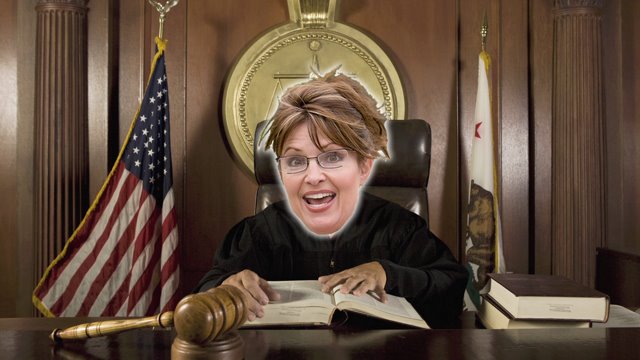 Former governor and current joke Sarah Palin is just not willing to let go of the limelight. According to reports, there’s a new show in production where Sarah Palin will play a television judge along the same lines of Judge Judy.

Let’s keep in mind that Palin isn’t a lawyer, not does she have any legal training what-so-ever. The best expertise in the new show comes from her producer, Larry Lyttle, the same guy who made Judge Judy a household name. According to Lyttle, the two will film the pilot in the next few months, with the hopes of selling the show and releasing it in Sept. 2017.

This will be Palin’s second foray into the reality arena. The first, “Sarah Palin’s Alaska” only made it through eight episodes before being dropped from Discovery’s roster. She also had the short-lived Sarah Palin channel, a subscription service featuring Palin’s political views, which never garnered a large following. Despite a past of bad luck when it comes to TV, it appears Palin is ready to try again. I highly doubt Judge Judy is very nervous.