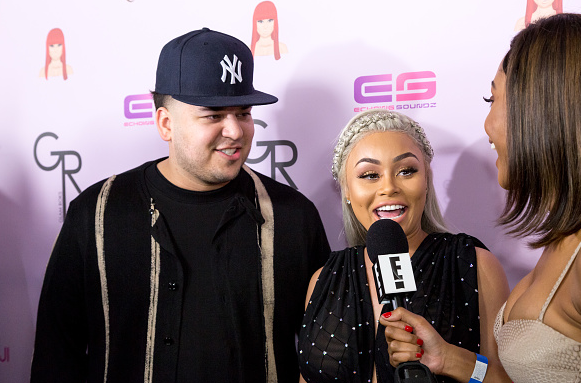 Kris Jenner Is Taking Over Blac Chyna And Rob Kardashian’s Wedding, And She’s Going To Get Them At Least One Million! Ever since Blac Chyna and Rob Kardashian announced they were getting married, people have been wondering if the wedding would be televised. So far, the two reality stars have been avoiding the question, but a new report from TMZ claims they have handed the power over to Kris Jenner.

They’re hoping to get more than a million bucks for the special TV wedding. Blac is reportedly so obsessed with the potential check that she’s willing to let Kris take control.

As some of you may know, Blac and Rob have already signed a deal with E!. The docu-series will follow Rob and Blac as they get ready to welcome their first child together. But the network failed to lock up a deal for the wedding, which was a big mistake on their part. I mean, the wedding will probably still air on E!, but you can bet Kris is going to shop it around. Get a few generous offers, and then use those offers to get the best deal possible from the network.

If Kris can get Blac and Rob the million dollars they’re looking for, that means the couple could be looking at $3 million total when you combine what they’ll be making from the docu-series following the pregnancy.

Looks like they know exactly what they’re doing. At least they will actually have money to fight over when they get a divorce a few years down the road.