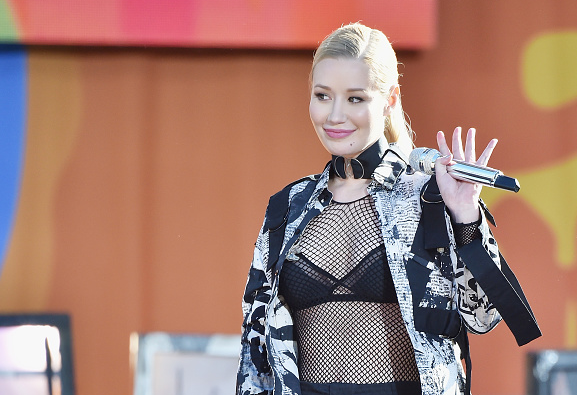 DAMN! Iggy Azalea Puts Nick Young On Blast, Reveals The Real Reason She Broke Up With Him! Earlier this month we told you that Iggy Azalea had called off her engagement to Nick Young and officially kicked his sorry butt to the curb. She wrote about the split on her Instagram account, and at the time she was still playing nice.

She wrote about how much she still loved Nick, but claimed she could never rebuild the trust again, “It’s never easy to part ways with the person you planned you’re entire future with,” she wrote.

Well, now the 26-year-old rapper is providing more details, and she revealed that she caught Nick cheating on her on camera.

She tweeted this information to her 6 million followers on Twitter.

Of course, she probably shouldn’t have been surprised by this. Nick basically admitted to a teammate on camera that he cheated on Iggy with a 19-year-old girl. She decided to give the NBA star another chance after the drama cleared, but that was obviously the wrong decision.

And while Iggy seems pretty upset about this whole thing, Nick simply tweeted “Single,” after the split and probably went back to having sex with college students, although, it’s probably not nearly as satisfying for him now that he’s single.

I think the most difficult thing about this situation is that we’re actually feeling a little bad for Iggy, and that’s not something we’re proud of considering she was once a terribly racist person. It’s like finding out the school bully has cancer. You want to feel bad for him, but just two weeks ago he was throwing your backpack in the toilet and slapping you in the face with a wet paper towel.

Okay, maybe it’s not like that, but you get what I’m trying to say. Hopefully. Maybe. Possibly. Probably not. I am a terrible person as well. Don’t listen to me.