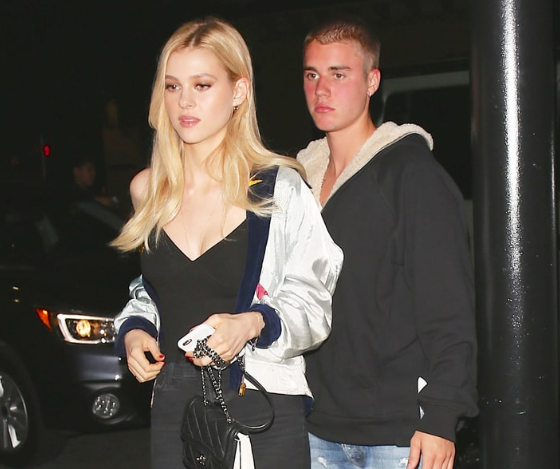 Justin Bieber Has Wild Fourth Of July Weekend With Nicola Peltz AND Kourtney Kardashian? Details Inside! The fireworks were certainly poppin’ for Justin Bieber in Miami this past weekend. He had a fun-filled holiday weekend with two of his more recent flings. On Saturday, the 22-year-old singer spent the day on a yacht with Transformers actress Nicola Peltz.

They were first spotted together back in May, and since then sources say they’ve had multiple “sleepovers” at his home. We’re not exactly sure what was going on during these sleepovers, but we do have an idea…

And one might think things between the two stars are getting serious if they’re having sleepovers and celebrating America’s freedom together. However, the Biebs also met up with Kourtney Kardashian during his time in Florida.

They were seen hanging out together on Sunday at Miami nightclub Story. According to the sources, Bieber arrived just after midnight and entered the DJ booth to get the crowd pumped. You can check out a short clip of his time in the DJ booth at the bottom of this page.

About an hour later, the Biebs came back to the DJ booth; however, this time he was with Kourtney. The people inside the club claim she was smiling and singing along to Bieber’s songs the whole night.

No word on if they left the club together, but there is a chance this particular hang out session was innocent. It’s not like they planned to meet each other in Florida. They were both there for different reasons, and they were reportedly at another club the night before and didn’t say one word to each other.

So if Bieber’s love life was a horse race, we would be betting on Nicola Peltz. (but it’s totally not a horse race, and we should respect his privacy, blah, blah blah #CelebsArePeopleToo #Allegedly)