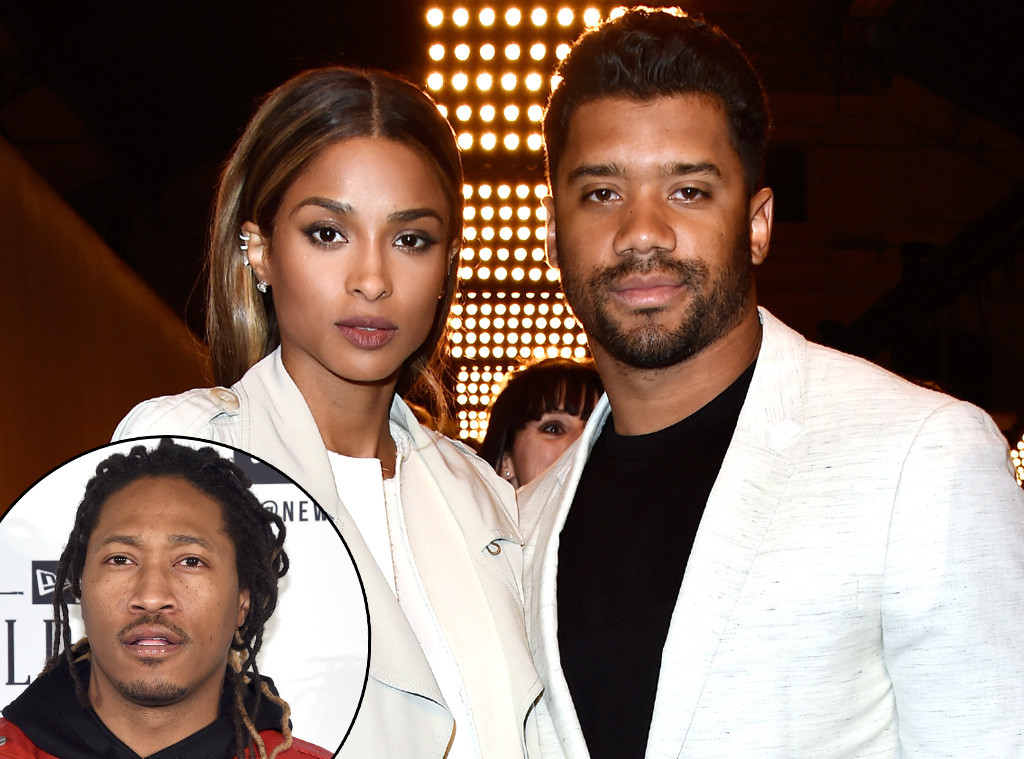 So Apparently Ciara Is Afraid Future Is Going To Murder Russell Wilson, Check Out Her Evidence Inside! Poor Russell Wilson might not have a future, thanks to Ciara’s baby daddy Future. Did that sentence confuse you? It confused me, and I’m the one who typed it.

Anyway, the legal battle between Ciara and Future is starting to heat up.

The 30-year-old singer filed additional legal docs in her defamation lawsuit against the rapper, and it looks like things are getting pretty serious. According to TMZ, she showed the court several threats Future has made against Russell Wilson.

She points out the image you see below, which was posted by the rapper a while back. As you can see, those guns are clearly pointed at the football emojis. Of course, we don’t know 100% if he was trying to intimidate Wilson with that. For all we know, that was his way of speaking out against the NFL’s concussion crisis. In a weird way, maybe he was trying to look out for Wilson. But probably not, because Ciara also pointed out this lyric from a song Future released last month, “Tryna f*** my baby mama, dog what’s up with you? You gon’ make me get that heat, I’m pulling up on you.”

“Trying” to f*** your baby mama? No, Future. Wilson is definitely having sex with your baby mama. He be singing this to her nightly…

I am making jokes here, but the situation is a dangerous one, at least according to Ciara. She believes the threats are real and points out that they are “socially irresponsible … where there has been a recent rash of gun violence.”

Honestly. We don’t get why Future is so mad. His friends didn’t even like Ciara. One friend said she was “bougie as hell.” I don’t even know what that means, but it doesn’t sound like a compliment. I think it might mean she’s a terrible golfer.

As always, we’ll keep you posted on the drama. There will be more coming soon.