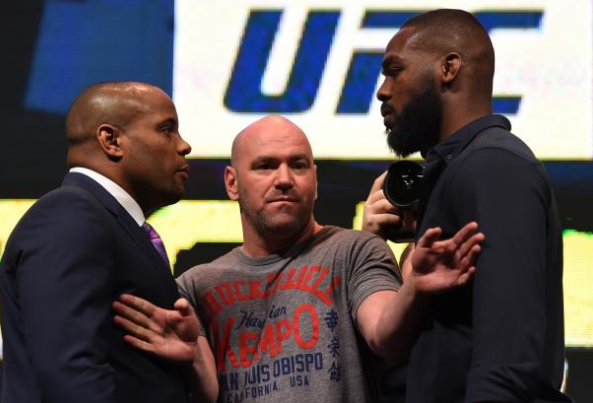 Jon Jones had the chance to be remembered as one of the greatest fighters in UFC history. He was a freaking beast who destroyed almost every person he stepped inside the Octagon with.

But for the past year or two, Jones has been trying his best to destroy himself. As some of you probably remember, the 28-year-old fighter failed a drug test in late 2014. He tested positive for cocaine, but since the drug is not banned out-of-competition, he was still allowed to fight. He was fined $25,000 in January of 2015 for violating the UFC’s Athlete Code of Conduct policy.

Jones also spent one day (just one) in rehab following the failed drug test. He told reporters, “I’m not a cocaine addict by any means or not even a frequent user. I just made a really dumb decision and got caught with my pants down in this whole situation.”

And a few months later, he made another really dumb decision. He was involved in a hit-and-run accident in New Mexico. The UFC stripped Jones of his title, removed him from the official rankings and suspended him. But that’s all just history now, right? After all, Jones has been working hard for several months now to clean up his act and get back in the best shape of his life. He, and the rest of the world, were ready for his huge rematch against Daniel Cormier at UFC 200 this weekend.

Sadly, the fight has been canceled. Jones tested positive for a banned substance. The UFC hasn’t made it clear what the substance was, but it doesn’t really matter at this point. The new main event for UFC 200 will be the match between Mark Hunt and Brock Lesnar, which has to be incredibly disappointing for Dana White. An event that started with promises of a rematch between Conor McGregor and Nate Diaz (plus Cormier and Jones) will now be ending the night with Lesnar and Hunt.

No one is more disappointed than Cormier. He told reporters, “More than anything, just really disappointed,” and that message is being shared by several fighters.

Take a look at what the pros are saying. Or not saying in Weidman’s case.