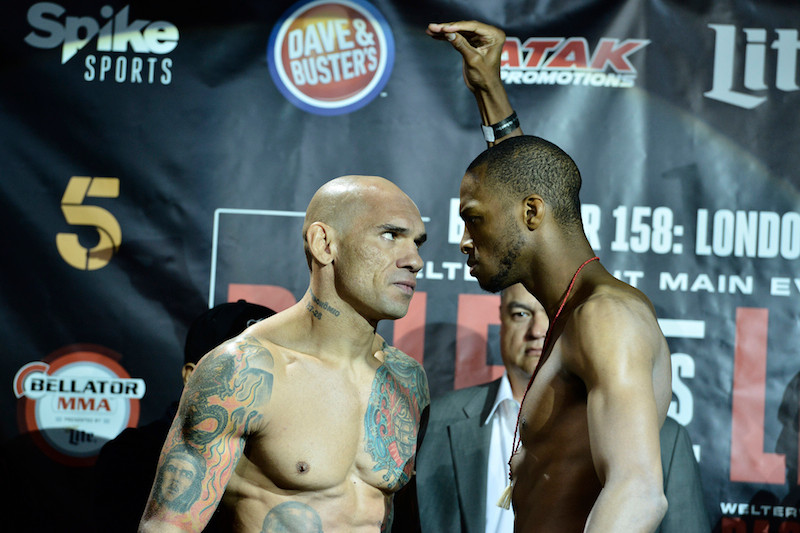 Michael “Venom” Page squared off against Evangelsita “Cyborg” Santos on Saturday in Bellator 158.  The event took place at the 02 Arena in London.

Page defeated Cyborg Santos with a crazy fling knee that sent Santos to the mat and ended the fight.

The first thing that went viral was how Page ended the fight.  As his opponent laid suffering from a crushing defeat, Page ran to his corner and grabbed a Pokemon trainer hat and a Poke Ball.  Then he runs to the center of the ring places the hat on his head and gently rolls the ball to Santos as if trying to catch a rare Pokemon.

Before we go to the X-ray, take a look at how it all went down.  I think it’s important to watch the weigh in.  It puts things in perspective.  Page is a bit of a clown and a showman, so ending with a Pokemon ball is well within his character.

As you can see, Cyborg wants to just kill Page and fly home.  MMA is beat or get beaten.

Now for the devastating knockout.

For those who are MMA fans, that knock-out looked bad, but I’ve seen a lot worse and I’ve seen people get up from those with no problems.  However, I have never seen any skull injury like this.

Brace yourself, before you hit the next page.  This is crazy!!  Have a look at the aftermath: (Read More)