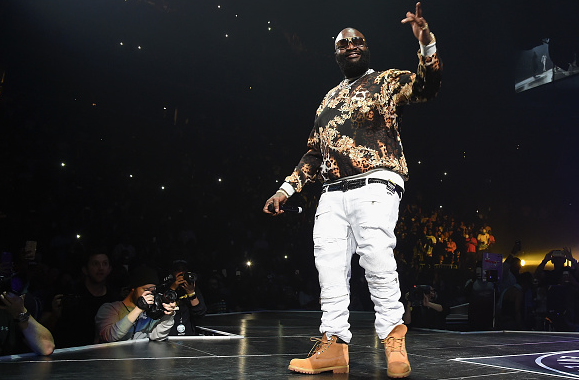 Rick Ross refuses to let his legal drama get him down. Just a few days after he was forced to appear in a Georgia court for an assault and kidnapping case, the 40-year-old rapper dropped a cool $1,400 on a meal fit for a king in New York City.

He and seven of his buddies ordered all kindz of food at the popular steakhouse. Surf and turf, crab cakes, potatoes, macaroni and cheese, alcohol and dessert. Makes you wonder if he’s trying to kill himself before the judge makes a decision in his case.

For those who don’t remember, this recent legal drama comes from an incident that happened back in 2015 at his home in Atlanta. He and his bodyguard were accused of attacking two employees and even pistol-whipping one of them. Ross was held in jail (before posting $2 million in bail) on charges of aggravated battery, assault and kidnapping.

According to TMZ, the rapper was extremely lucky to get one of these rides because only 65 of them make it to the states each year, so the numbers are definitely limited. The vehicle, which is worth more than your home, has a V-12 twin turbo engine and 630 horsepower. It can reportedly go from 0 to 60 in 5.3 seconds. I have no idea what any of that means, but apparently it’s a pretty big deal. Spending $230k on a vehicle is so insane to me that it doesn’t feel real. My brain just says, “This is not happening. This is not the world I know.”