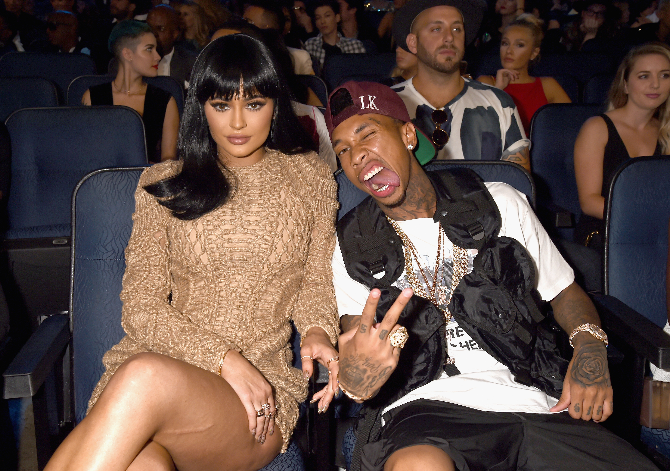 Members of the Kardashian cult are pissed at Tyga for potentially hurting their brand, because you know, people think so highly of it right now. A judge ordered an arrest warrant for the 26-year-old rapper on Tuesday after he failed to show up to court for a deposition.

The legal drama involves Tyga’s former landlord, who filed a $480,000 judgement against Tyga because he fell way behind on his rent. Months later, the rapper still hasn’t paid off his debt, which is why things are now being handled inside a courtroom.

Apparently, the attorneys representing the landlord find it interesting that Tyga was able to buy Kylie Jenner a $200,000 vehicle for her 19th birthday, but somehow can’t afford to pay back their client.

They called it a “a fraudulent transfer of assets that should go to satisfy the judgment,” and the judge working the case responded with the arrest warrant. According to multiple sources, Tyga is working with his legal team to clear everything up, so he won’t be spending time in jail.

He might be in Kardashian hell for a few months though, which is probably 10x worse than jail. Certain members of the family have reportedly been “blowing up” his phone to berate him for being so irresponsible. They reportedly mentioned how terrible it would be if he was driving with Kylie one day and got pulled over and arrested by the cops.

“The Kardashians don’t want this kind of street cred because they think it messes with the heart of their brand,” TMZ reports, which again doesn’t make any freaking sense. The Kardashian brand was assembled on Kim Kardashian’s cum-covered back.

But whatever. We can pretend like the Kardashians have hearts.