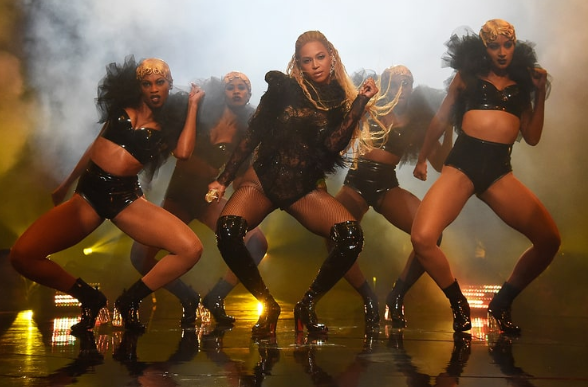 Britney Spears Had To Follow Beyonce’s VMAs Performance, And The Internet Feels Really Bad About That…(VIDEO OF BOTH PERFORMANCES!) The whole world is in love with Beyonce. According to the internet, every single thing she does is magical and incredible. She could take a sh-t on stage and people would be like, “WOW! That was the most beautiful piece of sh-t I’ve ever seen in my life!”

So when she performed at the 2016 VMAs last night, the internet freaked out. She treated the crowd to a medley performance, which featured several songs from her Lemonade album. The “epic” performance went on for 16 minutes and she received a standing ovation from everyone in the crowd.

It was a performance that should have ended the show, because no artist wants to follow that. You can’t follow it. All you can do is get dragged along behind it, and that’s exactly what happened to Britney Spears.

She was forced to follow Beyonce’s mini-concert, which had to make her anxiety even worse. She hadn’t performed at the VMAs in nearly a decade, and now she has to follow the queen? Much like this sentence, that just ain’t right. But did she really put on a good performance, @IbeenCrowned? DID SHE REALLY?  Well, you be the judge. We got both performances below for you.

Beyonce. Britney Spears. WHO KILLED IT MORE? We already know what you’re going to say, but it’s polite to ask the question as if we don’t already know your answer.

I don’t support the idea that Beyonce is the greatest artist in the world. You won’t find me down on my knees praying to her at night; however, you can’t deny the fact that she knows how to put on a good show. Britney ain’t got that fire anymore.