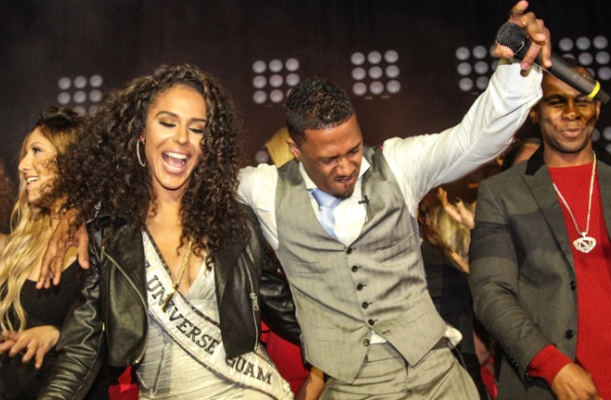 Uh-Oh! Nick Cannon’s Ex-Girlfriend Is Pregnant, And Some Sources Are Saying He Might Be The Father! As some of you might have heard, Nick Cannon and Mariah Carey reached a settlement in their divorce. It was a great moment for everyone involved. They were able to agree on joint custody of their 5-year-old twins, and they both kept their earnings they made during their six years of marriage, thanks to a solid prenuptial agreement.

Basically, they did divorce the right way. Unfortunately Nick might have to go through another custody battle if the recent reports are true.

His ex-girlfriend Brittany Bell is pregnant, according to multiple sources. And some of those sources claim Cannon is the father. For those who don’t know, Bell is a 28-year-old actress and former Miss Arizona. She is reportedly six months along in her pregnancy.

She and Nick dated on and off for a few months, and the time period seems to match up. Of course none of this has been confirmed, so don’t get too excited/concerned for Cannon just yet.

If the sources are correct, then Nick’s life is about to get more complicated. Just when he thought things were going to calm down. The divorce being finalized, getting a break from America’s Got Talent, the holidays coming up.

YOU GOT ANOTHER BABY COMING, SON!

Our thoughts and prayers are with him during this difficult time.