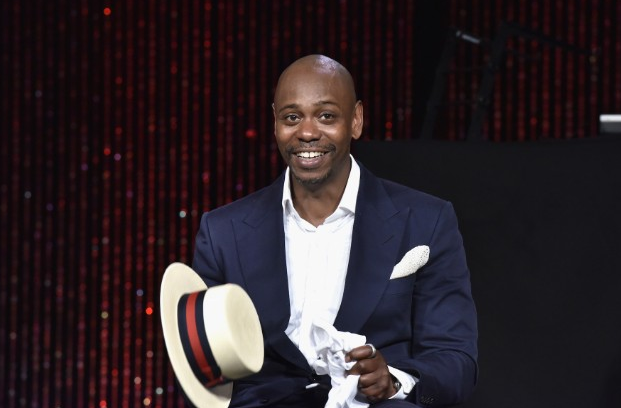 Dave Chappelle Supporting Donald Trump? You Have To See His Reaction When A Photographer Asked Him The Question (VIDEO) You might have heard the news this past weekend. The New York Observer published an article about a surprise comedy show Dave Chappelle put on in New York. The headline of this article read, “Dave Chappelle Defends Trump, Rips Clinton: ‘She’s Not Right and We All Know It.’”

And inside the article, the writer took little nuggets from Chappelle’s set to make the headline seem appropriate. During the show, the comedian reportedly said, “She’s not right and we all know she’s not right,” and then claimed Trump was the most “gangsta” candidate ever.

The Observer considered those comments to be an endorsement for Trump, because they apparently don’t know how stand-up comedy works. Laughs come before anything else. Chappelle ain’t standing on the stage thinking, “Oh no. Should I say this? What if it makes me sound a certain way.”

He’s thinking about how he’s going to give the audience the best night of their life. And sometimes, that requires saying some sh*t that might give some people the wrong impression.

Thankfully, a paparazzo found Chappelle in New York City on Monday and he was able to clear things up…

So yeah, don’t get it twisted. Dave Chappelle does not support Donald Trump. Also, how freaking cool is this dude? Treating the photographer like an old friend.