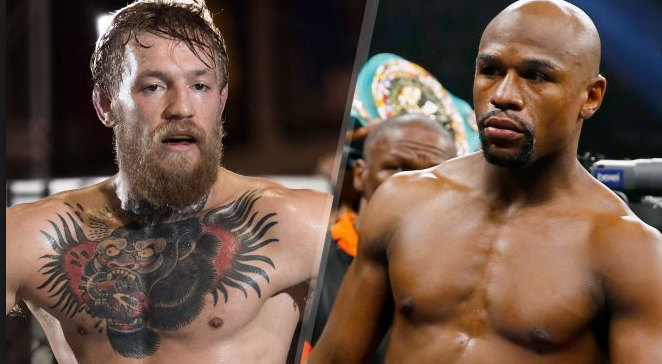 Floyd Mayweather Is NOT Happy With The Conor McGregor Comparisons: “I’m trying to find out have you ever made $300 million in one night?” (VIDEO)

It looks like Conor McGregor is getting under the skin of Floyd Mayweather, and he didn’t even have to take a direct shot at him.

As always, it was the media starting all the trouble. Mayweather was asked if he watched McGregor’s win against Eddie Alvarez last weekend. McGregor knocked out Eddie in the second round and won his second UFC title.

Mayweather claimed he didn’t know McGregor had a fight this past weekend, which was obviously a ridiculous lie. My grandmother knew Conor was fighting on Saturday and she’s been dead for 15 years.

The reporter then asked Mayweather about the constant comparisons, and that’s when the retired boxer went off:

To be clear here, McGregor has never compared himself to Mayweather. That’s all on the media. McGregor has thrown some shade Mayweather’s way, but the outspoken Irishman is basically one giant tree. His shade covers the entire planet.

We’re sure he’ll have something to say about this. I think they should drop the comments and settle this beef in the ring.

We all want it. It’s the only thing that can heal the world right now.