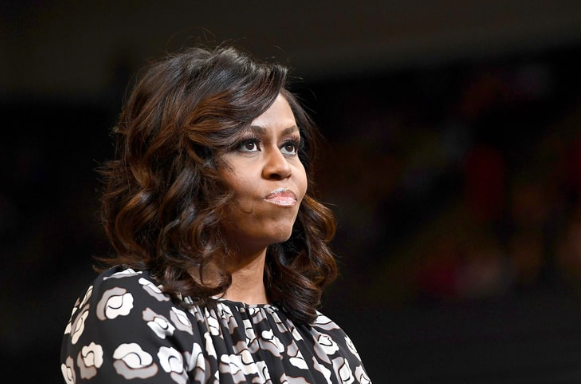 We all have that one friend who says things like, “There is no racism anymore…we got a black president!” and you’re just sitting there wondering if you could murder this friend without someone finding out.

Well, if you haven’t already killed your friend, maybe you should send them this story. A woman named Pamela Ramsey Taylor, a nonprofit group director from Clay, West Virginia, was fired after making some disgusting comments about First Lady Michelle Obama.

While most of the country tried to figure out ways to deal with Donald Trump being elected president, Taylor was celebrating his victory on Facebook. She praised Trump and talked about how great it will be to see a real woman (Melania Trump) in the White House.

“It will be so refreshing to have a classy, beautiful, dignified First Lady back in the White House. I’m tired of seeing a Ape in heels.”

And if you want to add another layer of racism to this white privilege-frosted cake, the Mayor of Clay, Beverly Whaling, responded to the Facebook post with this comment: “Just made my day Pam.”

Obviously, the comments have been deleted, but the internet is a wonderful place and we have a screenshot for you… Once news of the racism spread online, a petition was created calling for both Taylor and the mayor to be fired. Over 100,000 people have signed the petition, and as we mentioned at the beginning of this post, Taylor has been fired.

But the mayor? She’s still in her position; however, a meeting is scheduled for tonight and the incident will reportedly be addressed, so keep your fingers crossed.

By the way, Whaling did send out a statement apologizing for her comment. I mean, I guess you can consider this an apology…

“I was referring to my day being made for change in the White House! I am truly sorry for any hard feeling this may have caused! Those who know me know that I’m not of any way racist! Again, I would like to apologize for this getting out of hand!”

She would like to apologize for this getting out of hand? That’s like killing someone’s puppy, and then only apologizing for getting blood on their floor.

As for Taylor, the woman behind the ape comment, she doesn’t seem that sorry at all. In fact, she told a local news station that she feels like a hate crime is being committed against her.