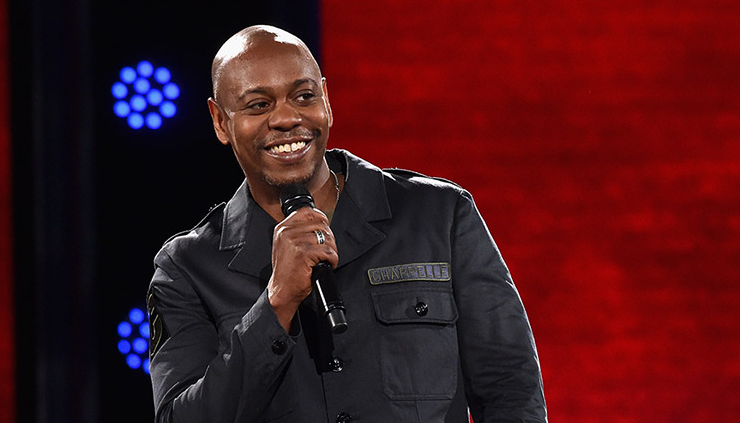 Dave Chappelle’s Three Comedy Special Deal With Netflix Is Going To Make Him An Extremely Wealthy Man…We Got The Insane Numbers! Dave Chappelle is back, and this time he’s accepting that lucrative contract. You’ll remember 10 years ago, the comedian turned down a huge contract for a third season of his successful Comedy Central series. The decision shocked everyone.

He left Hollywood for several years, and then started to make his return in 2013. He started doing stand-up more frequently, and after some hard work, he’s back at the top once again. He just hosted Saturday Night Live, and his opening monologue was one of the best we’ve seen in years. He was funny, but most important, he was honest. And that’s something our country needed following the election.

On Monday, it was announced that the comedian will team up with director Stan Lathan to create a new comedy special for Netflix. The deal also includes the release of two unseen concert specials from his personal comedy vault. The shows, filmed in Austin and Hollywood, will be released exclusively on Netflix in 2017.

HOW MUCH WILL HE BE MAKING?

According to PageSix, this deal is worth up to $60 million. The streaming giant is reportedly paying close to $20 million for each special.

One insider claims Netflix basically has f**k money, where it doesn’t matter if they see a complete return, it’s more about the subscribers it will attract and all the media attention.

“Dave was offered $20 million a special. Netflix basically has a war chest for this kind of content. Whether it’s a loss or not, Dave Chappelle’s specials will get a lot of press and bring in new subscribers.”

We must remember this is PageSix reporting these numbers. Honestly, $60 million seems a bit high, but I wouldn’t be surprised if it was in the $20 — $40 million range.

Either way, Chappelle is set for life, and we could not be more happy for him.

NOW THAT HIS DEAL IS SIGNED….SOME LEAKED FOOTAGE ON YOUTUBE IS HIIIILLLLARIOUS!!!!