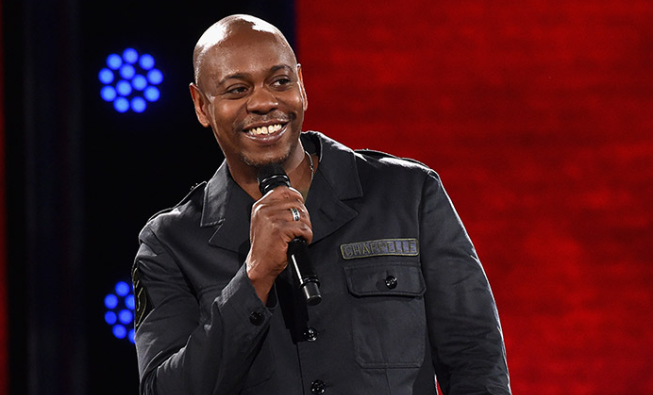 It takes a lot for a celebrity, especially ones as mainstream as Jonah hill and Bradley Cooper, to be starstruck. They see famous people all the time. In fact, they’re not even “famous people” to them…they’re just friends.

But sometimes, a celebrity is so respected that even other celebrities can’t contain their excitement around them. Dave Chappelle is one of those celebs. He is the king of comedy right now, and he’s probably feeling pretty good after landing that reported $60 million deal with Netflix.

He’s been working on his new stand-up act, trying to perfect it by doing some pop-up shows in smaller venues across the country.

On Monday night, he performed at the Blind Barber in Los Angeles, and Jonah Hill and Bradley Cooper were in the audience. They obviously enjoyed the show, because after it was over, they met Chappelle outside and had nothing but praise for the comedian.

Just look at Jonah Hill’s face. He looks like a kid on Christmas.

That’s a wonderful moment. It feels good to have Chappelle back again. Also, bonus video for you below. His SNL monologue from a few weeks ago.

It’s worth your time.